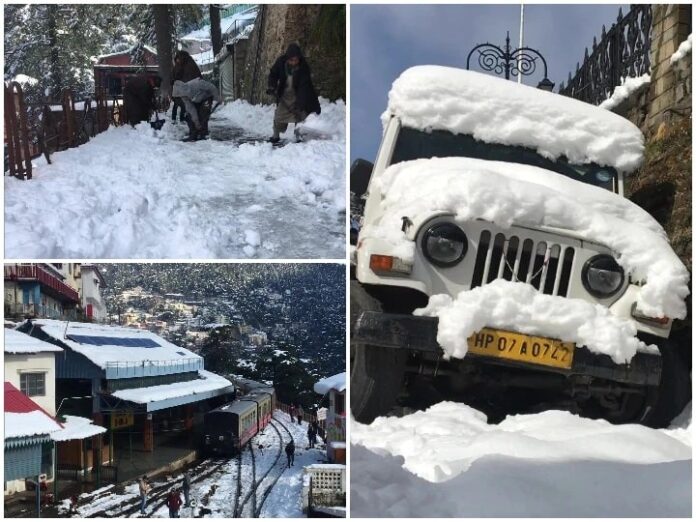 New Delhi: With the arrival of February, the winter has started picking up. These days, heavy snowfall is seen in the northern areas of the country. Where the snowfall in the mountainous areas is attracting tourists. At the same time, due to this, local people are facing trouble in many places.

Shimla, the capital of Himachal Pradesh, has been witnessing heavy snowfall for two days. Due to which daily life has become quite messy here. Traffic has come to a complete standstill due to the formation of a very thick layer of snow on the roads. Also, the general public life has also been affected due to drinking water. The worst effect is being seen in Lahul Spiti and Kinnaur.

Roads closed due to snowfall
Shimla, Kullu, Manali, Mandi and Lahul Spiti in Himachal Pradesh are facing electricity problems due to snowfall. Water facilities in these cities are being affected to a great extent. Due to continuous snowfall, 300 roads including 3 National Highways have been completely closed.

Highest snowfall of the season

Shimla in Himachal Pradesh has received the highest snowfall of this season so far. Due to snowfall, a thick sheet of snow has been spread on the roof of people’s homes. Due to heavy snowfall, everything is seen covered with a thick sheet of snow. At the same time, the temperature has reached below zero in many places. Shimla’s roads have also been blocked due to snowfall. People are forced to live in homes.