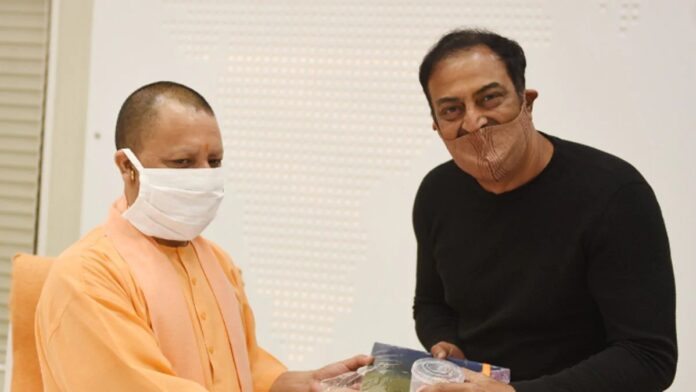 The Hathras incident that started with the rape case has now taken a communal form. In the case in which earlier a daughter was being asked to get justice, now the case has become a game of Thakur vs Dalit. Amidst this accusation, actor Vindu Dara Singh met Uttar Pradesh Chief Minister Yogi Adityanath. Vindu has shared the photo of that meeting on social media.

Vindu has not only given information about that meeting by tweeting but has also praised CM Yogi fiercely. On one hand, he has told the Hathras case a big lie, on the other hand, has called the CM a true yogi. Vindu writes by tweeting- I got a chance to meet UP CM. Believe me, the more these people will try to degrade CM’s hard work, the more Hathras will spread lies, the more their hard work will increase. Truth always wins. A lie can never defeat a true yogi.

Now this tweet of Vindu Dara Singh has come in the headlines. In a sensitive case like Hathras, his tweet has become viral at this time. What was the purpose of his meeting with CM Yogi, it has not been revealed yet, but his meeting is telling that he is standing with the government in this matter. He has expressed complete confidence in the CM of UP. Earlier, Kangana Ranaut also supported Yogi in this case. He said that under the leadership of CM Yogi, this case will reach its egg and all the culprits will get severe punishment. Now Vindu has also met and tried to give this message when due to this one case, the state government has become very bad.