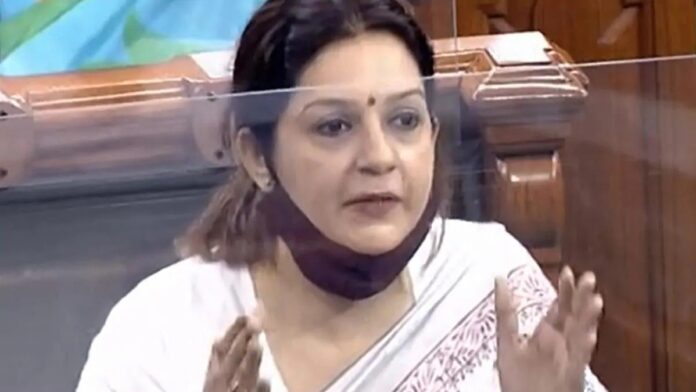 Politics is hot on the incident of Hathras gang rape. The Shiv Sena, which was on the backfoot on the issue of actor Sushant Singh Rajput’s death till a few days ago, has also become aggressive about the Hathras case. The Shiv Sena has surrounded the government on the issue of security of the victim’s family, as well as questions on the Central Bureau of Investigation (CBI).

Shiv Sena leader Priyanka Chaturvedi, without naming Sushant, said that the Supreme Court’s decision in the death of an actor in Maharashtra had not taken place even 48 hours, the FIR was registered and a hasty investigation was started. He has said that the 48 hours recommended by Chief Minister Yogi Adityanath to investigate the Hathras case with the CBI is to be done, but the FIR has not yet been done.

Priyanka Chaturvedi also surrounded the government on the issue of providing security to the victim’s family. He tweeted that on the request of an actor, the security of the Central Reserve Police Force (CRPF) was given within an hour. The victim’s family had requested the President for protection two days ago, but till now the family has not got security.

The Shiv Sena leader has questioned whether security and justice are also the basis of central politics? Significantly, the victim family of Hathras had requested for protection. The victim’s family had even said that they do not want to live in the village. They will leave the village and move to a safer place elsewhere.