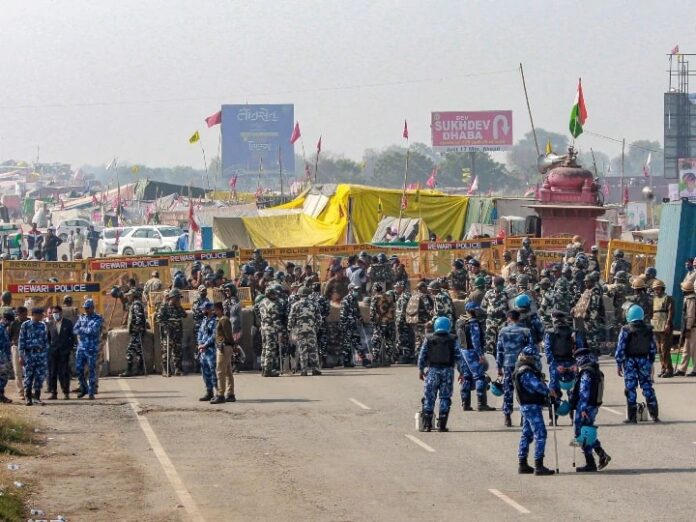 Chandigarh: The Haryana government on Sunday extended the period for shutting down mobile internet service in 14 districts to 5 pm on February 1. In view of the performance of farmers against the three agricultural laws, peace and law and order could not be disrupted in any way, so the state government took this decision.

The government issued a statement directing the mobile internet to be closed till 5 pm on February 1 in Ambala, Kurukshetra, Karnal, Kaithal, Panipat, Hisar, Jind, Rohtak, Bhiwani, Sirsa, Fatehabad, Charkhi Dadri, Sonipat and Jhajjar districts. In the new order issued by the Home Department, the period of internet shutdown has not been extended in Yamunanagar, Palwal, Rewari districts. Earlier mobile internet services were closed here.

“The Haryana government has suspended mobile internet services (2G, 3G, 4G, CDMA, GPRS), SMS services (SMS only sent in large numbers) and all dongle services etc. in 14 districts,” the statement said. Chief Minister Manohar Lal Khattar said that this decision was taken after the violent incidents on 26 January in the national capital. In Ambala, CM Khattar said that in such a situation it is appropriate to stop internet services for a temporary period of time and they will be restored as soon as things are normal.

Along with this, the Chief Minister said that the kind of movement that has been launched by the farmers and their leaders was not needed. In a democracy, everyone has the freedom to speak. The Prime Minister himself has offered talks. I think the solution will come out.