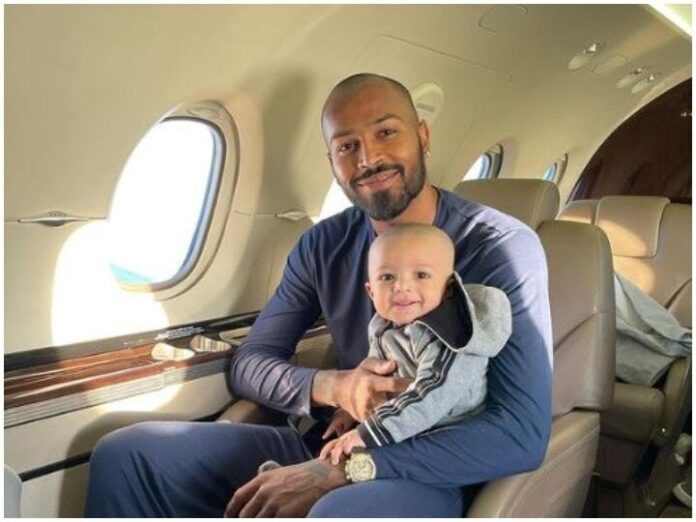 Cricketers are not only known for their game in the field, but people also want to know about their family off the field. Fans eagerly await the picture and video of any cricketer’s family. Now fans of cricketer Hardik Pandya have seen one such photo.

Actresses Natasha Stankovic and Hardik have seized the picture of their son Agastya’s first air trip. The picture was shared by Hardik Pandya on his Instagram.

Sharing the picture, Hardik wrote, “My son’s first flight.” In this picture you can see that Hardik is sitting with his son on his lap. Agastya is seen smiling in the photo.

Around two lakh people have liked this picture till the time of writing the news. At the same time, fans are constantly commenting on this picture and telling Agastya as cute. The funniest comment is made by Sunil Grover. He wrote- ‘Congratulations .. Confidence is such that it looks like it will blow itself up’.

Please tell that with this photo, Hardik did not write where he is going. It is likely that he will be going to Chennai. In fact, the England team hosting India will play a 4-match Test series from 5 February. Both the opening Test matches will be played at the MA Chidambaram Stadium in Chennai.