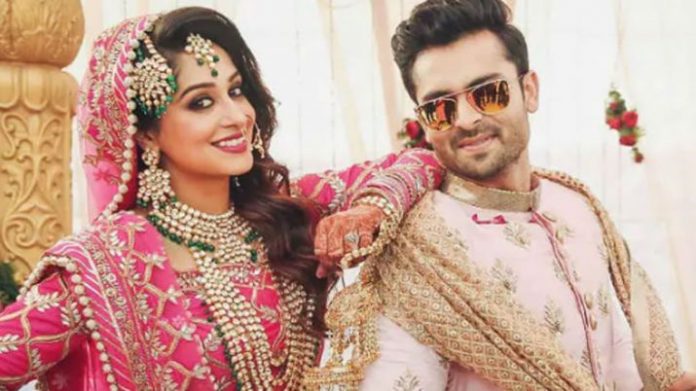 TV’s famous actress Dipika Kakkar has created a special place in the hearts of the audience by playing the role of Simar in ‘Sasural Simar Ka’. Dipika Kakkar was also the winner of Bigg Boss 12, currently she is seen in the Star Plus serial ‘Kaun Hum Kahan Tum’. Born on 6 August, Dipika Kakkar is celebrating her 33rd birthday today. Dipika Kakkar married TV actor Shoaib Ibrahim on 23 February last year. This was Dipika’s second marriage.

Let us tell you that on 22 February 2018, Dipika Kakkar had married with actor Shoaib Ibrahim while adopting Islam. Dipika and Shoaib were in the relationship from 2015. After the marriage, Dipika had changed her name to fancy. Although she is famous among the fans, Dipika is known for her, hence the actress entered the Big Boss with her old name and after that she became a winner.

Dipika is a Hindu and Shoaib Muslim, both married to Muslim customs. Dipika has also changed her name and religion for this wedding.

Dipika and Shoaib met on the set of the serial ‘Sasural Simar Ka’. Both came close to each other but were afraid to express. When Dipika and Shoaib left the show, Shoaib immediately went out for a 40-day project, which Dipika used to miss him. Dipika was waiting for Shoaib to ask her to marry him. Finally, Shoaib proposed to Dipika in full film style and Dipika immediately agreed. While Shoaib wanted to get this wedding done in winter, Dipika wanted this wedding to take place in Shoaib’s hometown Bhopal.

Just six months after the marriage, Dipika decided to come to the Big Boss, Shoaib gave him support, though Dipika missed him a lot.

Dipika Kakad had married co-actor Ronak Samson in the year 2009. But because of mutual differences between the two, this relationship broke down and the two got divorced.

Dipika and Shoaib are very happy with this wedding and often share romantic photos with each other on social media.