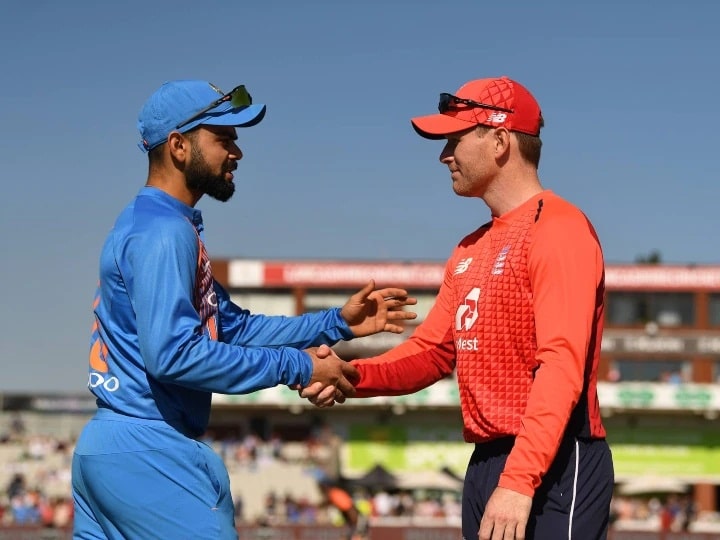 IND vs ENG 1st T20I: After the big win in the Test series, the cricket teams of India and England will now take the field to win the T20 series. From 7 pm today, the first match of the five-match T20 series will be played at the Narendra Modi Stadium in Motera. Both teams would like to start the series with a win. Both England and India have performed brilliantly in T20 cricket, so this series can be very thrilling.

Indian captain Virat Kohli has made it clear that in the first T20 against England, vice captain Rohit Sharma and KL Rahul will start the innings. In such a situation, it is clear that Shikhar Dhawan will not find a place in the playing eleven. In the middle order, one of Shreyas Iyer and Suryakumar Yadav may get a chance, considering Rishabh Pant’s current form, it is believed that he will play the role of match finisher along with Hardik Pandya. India can face the English team with two spin bowlers in the form of Washington Sundar and Yuzvendra Chahal.

Jason Roy and Jose Butler can open for England in this match. After this, David Malan is scheduled to play at number three. Malan is the world’s number one batsman in the current T20 International rankings. After this, there will be legendary batsmen like Captain Eoin Morgan, Johnny Bairstow and Ben Stokes in the middle order. At the same time, all-rounder Moin Ali and Sam Curran can play the role of finishers. Chris Jordan and Jofra Archer can handle the fast bowling department.