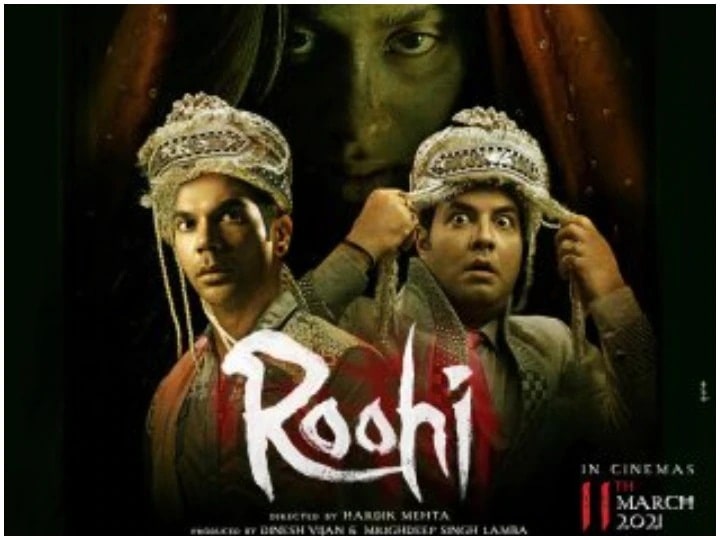 Roohi Opening Day Box Office: The well-known horror comedy ‘Roohi’ has collected Rs 3.06 crores on the first day. The film was released on the festival of Mahashivratri on Thursday. The film starred Rajkumar Rao, Varun Sharma and Janhvi Kapoor. Its director is Hardik Mehta. It is one of the major films to be released after lockdown due to Corona epidemic.

SFO of Jio Studio Priyanka Choudhary said, “We are very happy that audiences across India are responding with so much love and positivity. This is a big milestone for the film industry. Jio Studio is feeling proud to be a changemaker is.

Let us tell you that ABP News has given a two-star rating to this film in the review, that the story-script-dialogue writer Mrigdeep Singh Lamba and Gautam Mehra do not tie many ends properly. They sometimes try to create comedy with words that break the leg of English, sometimes they want to make the dialogues of old films into new situations and make them laugh. But in both the cases, they have failed. Even though there is a little spark of newness in Roohi’s original idea, it disappears even after seeing it. It is said that in the horror films, logic should not be found, but here, despite wanting many things, she does not embrace.