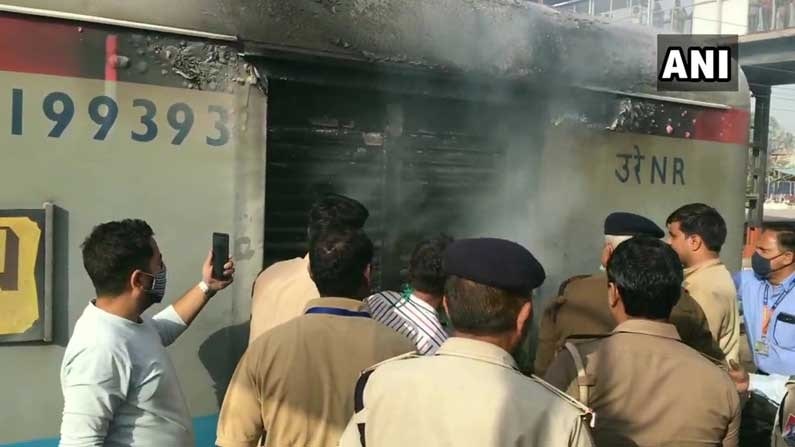 Fire Accident: A fire broke out on the Shatabdi Express train. The accident took place in Ghaziabad, Uttar Pradesh. The generator and luggage compartment of the Shatabdi Express train, which was stopped at Ghaziabad railway station, were suddenly engulfed in smoke. That was soon followed by massive fires. Railway police and firefighters were immediately alerted and tried to contain the blaze. The fire was finally contained with the help of four firefighters. Authorities said the train bogie caught fire due to a short circuit. No one was injured in the incident. With that everything breathed a sigh of relief. Railway police have registered a case over the incident and are investigating.

#UPDATE – Fire had broken out in New Delhi-Lucknow Shatabdi Express at 6:45 am. The affected coach was detached. All passengers are safe. Train departed at 8:20 am: Railways