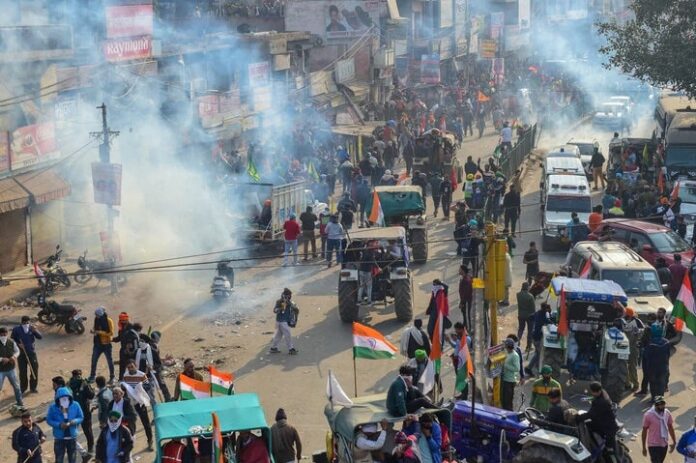 Extreme violence is being done by the police regarding the violence on 26 January in the national capital Delhi. A case of treason has been filed by the Delhi Police for planting the flag in the Red Fort, while on the other side, there is constant clutches. Meanwhile, an FIR has been lodged against eight people including Congress leader Shashi Tharoor for inciting a riot. Those who have been involved in the sections of violence, include the names of Mrinal Pandey and Zafar Agha, a TV journalist with Shashi Tharoor. Several sections including sections 153A, 153B, 295A of IPC have been imposed against them.

Significantly, during the tractor parade the country’s heritage has been damaged, apart from this, property worth crores has been damaged in this violence as well as 394 police personnel have been injured. In the FIR lodged by the Delhi Police, it is clearly written that the role of all those organizers or individuals outside the country and outside the country will be investigated. The Special Cell of Delhi Police will investigate this case. According to the sources, in the FIR recorded, it has been clearly written that this whole violence has been carried out under a big conspiracy.

According to Delhi Police, so far 33 FIRs have been registered in this case of violence, out of which investigation of 9 cases has been handed over to the Crime Branch. In which time, Crime Branch team will investigate the cases registered in these police stations, Badli, Kotwali, IP Estate, Nangloi, Baba Haridas Nagar, Najafgarh, Pandav Nagar. According to the police, so far, LOC has been issued against 44 people.