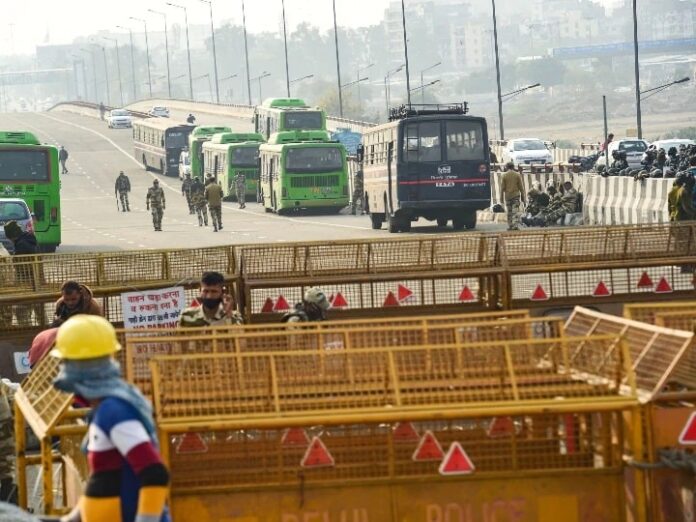 New Delhi: Farmers’ agitation continues against three new agricultural laws on the borders of the national capital Delhi. Meanwhile, America has said that we believe that peaceful demonstrations are the hallmark of any successful democracy. At the same time, the State Department of the United States said that the United States welcomes the steps that will improve the efficiency of India’s markets and attract private sector companies for investment.

India has reacted to America’s statement. The State Department said that we have taken note of the observations of the US State Department. It is important to see the comments in the context in which they have been made.

The ministry said, “The US Department of Foreign Affairs has acknowledged the efforts being made by the Government of India and farmers’ organizations for a solution.”

Foreign Ministry spokesman Anurag Shrivastava said that the violence on the Red Fort during the protest on January 26 was similar to the resentment seen in India after the violence on Capitol Hill in the US.

According to news agency PTI, the Ministry of External Affairs said, “Any demonstration should be seen in the context of the ongoing efforts of the government and allied farmers’ organizations to end India’s political system and deadlock.”

He said that some control over the Internet in the area of ​​Delhi-NCR has been put in keeping with the prevention of violence.

Explain that many foreign celebrities have commented in support of the peasant movements. The Indian government has called it a conspiracy. India has said that facts should be tested before making a statement.

Farmers have been agitating on the borders of Delhi for the last 71 days. Police has made fortifications here due to security. Internet is banned. Opposition parties are strongly criticizing this move of the administration.