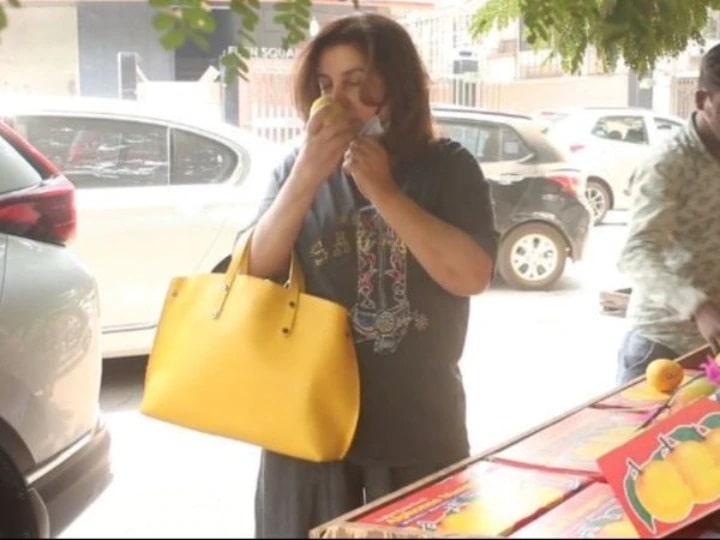 Famous filmmaker and choreographer Farah Khan is being trolled on social media due to a mistake. Actually, she went out shopping on Tuesday. Meanwhile, she stopped at a mango shop by the roadside to buy mangoes.

To choose mangoes of good quality, he removed the mask and tested the scent of mangoes. This video has started going viral on social media. Users say that due to their nose, the mango has become unhygienic and now the infection can reach other people as well.

Users say that the cases of corona virus in Mumbai are increasing rapidly. The state government has instructed the people to strictly follow the Kovid-19 rules.

In such a situation, buying Farah Khan’s mango in this way is like messing with the health of the rest of the people. Users also say that they should have followed the protocol. In the video, Farah Khan is saying that she wants a ripe mango because she has to eat it right now.