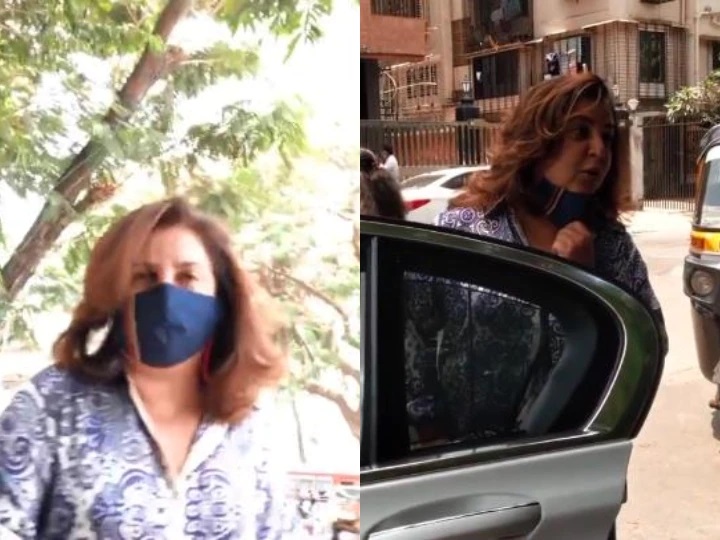 Recently, a video of famous filmmaker and choreographer Farah Khan went viral on social media. In this video, Farah reached the mango shop on the roadside to buy mangoes. He removed his mask to choose mangoes of good quality. At the same time, now Farah Khan has reacted to this viral video. This video is also becoming fiercely viral on social media.

It can be seen in the video that Farah is going out of work once again. Then some photographers ask them to stop to take photos. Farah says, “Who made the video at the Mango Shop last time? Were you there?” Responding to this, the photographers say, “No, we were not there but that video became very viral.” Farah does not react to them and sits in the car. However, in the meantime she also removes the mask from her face.

Earlier on the first video that went viral, people had lashed him fiercely. He said that the corona virus infection is spreading rapidly in Mumbai. In such a situation, smoothing the mango is like messing with the health of the rest of the people. People also believed that they should have followed the Kovid-19 protocol. In the video, Farah says, “I want a ripe mango.” One user gave his response, writing, “They should also take care of people’s health. They should follow the Kovid-19 protocol.” One user wrote, “At this time they should have stayed at home.” At the same time, one user asked, “Did they buy that mango? If not, the corona infection can spread from that mango.”