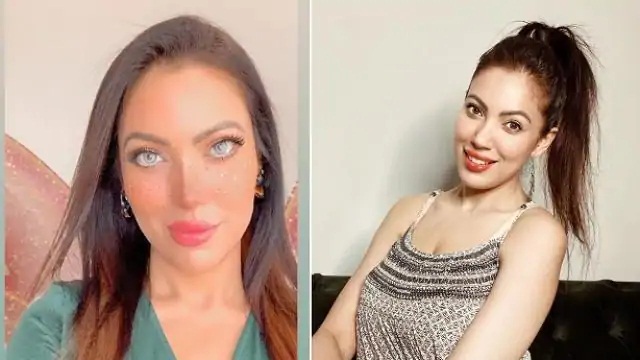 Munmun Dutta, playing the role of Babita ji in TV’s popular comedy show Taarak Mehta Ka Ooltah Chashma, is very active on social media. She keeps sharing her beautiful and glamorous pictures. But recently he showed his Devil avatar that even the fans were shocked. Actually, Munmun has shared her video using a filter in which she is seen in Devil Look.

Sharing the video, Munmun wrote, ‘I can also play the role of a devil (devil). In a scale from 1 to 10, how many numbers would you give to my devil look? ‘

However, Munmun further told that if she has closed the comments section on Instagram, then she will give herself number -7-8.

It is known that the shooting of Tarat Mehta Ka Ooltah Chashma has recently resumed. Amidst the corona virus, the show’s team is shooting the show, following all safety regulations.

Ghanshyam Nayak, playing the character of Nattu Kaka, has recently undergone throat surgery. Ghanshyam is currently in Vaik Hospital. Speaking to E-Times, Ghanshyam said, I am much better now. Right now I am admitted in a hospital in Malad. After the surgery on Monday, I have eaten food for the first time today. The first 3 days were very difficult, but now I want to look ahead only in life.

Ghanshyam Nayak told that there was a lump in his neck, which needed to be removed immediately. He said, ‘8 bales have been removed and I do not know how many bales were formed. Those knots have been sent for tests, but I trust God. Whatever they do, they will do well. ‘

He told that the son and daughter are taking care of him in the hospital at the moment. Apart from this, he told that the team of the show also keeps asking about his movements.

Ghanshyam Nayak said, everyone is waiting for me on the show. But the doctor has just asked to rest for 1 month.