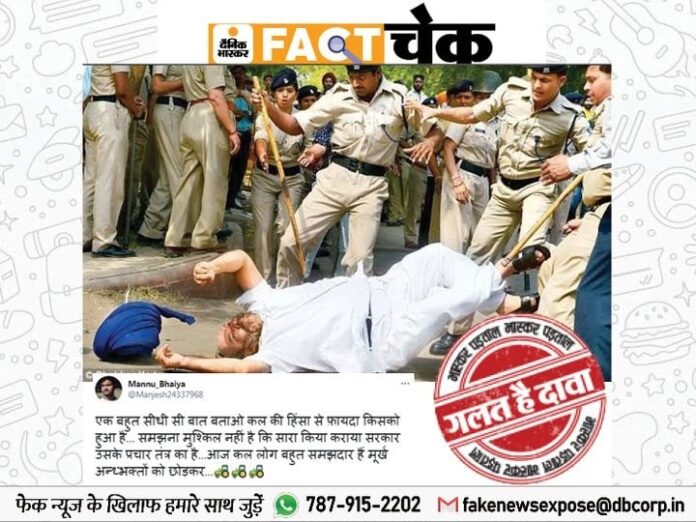 What’s happening viral: A photo is going viral on social media. In the photo, a Sikh is lying on the road and policemen are seen hitting him with his feet. Sardar’s turban on the road has also come off his head.

It is being claimed that the policemen’s aggression has also been seen in the violence during the Kisan Tractor Parade.

And what is the truth?