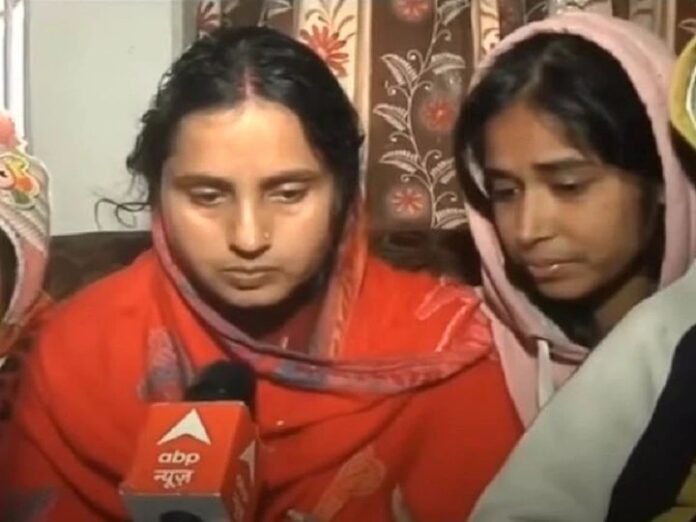 Patna: The main accused in the Rupesh murder case has been caught. Despite this, there is a continuous demand for a CBI inquiry. Meanwhile, late Sunday evening, Indigo manager Rupesh Singh’s wife and other members of his family met CM Nitish Kumar. During this one-hour meeting at the CM residence, Nitish Kumar gave assurance of justice to Rupesh’s wife and his family.

DGP SK Singhal and Patna SSP Upendra Sharma were present in this meeting held at Nitish Kumar’s residence. During this, CM Nitish Kumar tried to explain that the Bihar government has no say in recommending a CBI inquiry, but if Rupesh’s wife or his brother himself comes forward and say this.

Let us tell you that on February 3, Patna SSP Upendra Sharma, after doing PC, revealed the accused and the statement given by him that the killer killed Rupesh because of road rage. The theory that has been given is constantly raising questions that how can such a ruthless killing be done after one and a half months due to road rage? Rupesh’s wife Neetu believes that the kind of things that have come to light may not be the motive behind killing Rupesh. On the other hand, it is not clear from the statement made on behalf of the family that Rupesh has ever had any enemies or such things on the basis of which the police can help in the investigation.

Police is looking for other accused

According to SSP Upendra Sharma, Rituraj, who is the main accused, has confessed to killing. However, the rest of Jo and the three companions who had planned to murder Rupesh together, their search is on. It is believed that the motive behind the murder will be clearly known, when the police will find other accused.

The wife of accused Rituraj, in an interview to a channel, has accused the police of misbehaving with her, calling her husband innocent. The wife of the accused said that he was beaten and abused till Rituraj took the charge of murder. Making serious allegations to the police, Rituraj’s wife said that the police had treated them indecently. On the other hand, politics has also started. Jap party president Pappu Yadav arrived to meet Rituraj’s family late on Sunday night. Pappu Yadav had said in his conversation with ABP News that on the pretext of Rituraj, the Bihar government is trying to save the real killer.