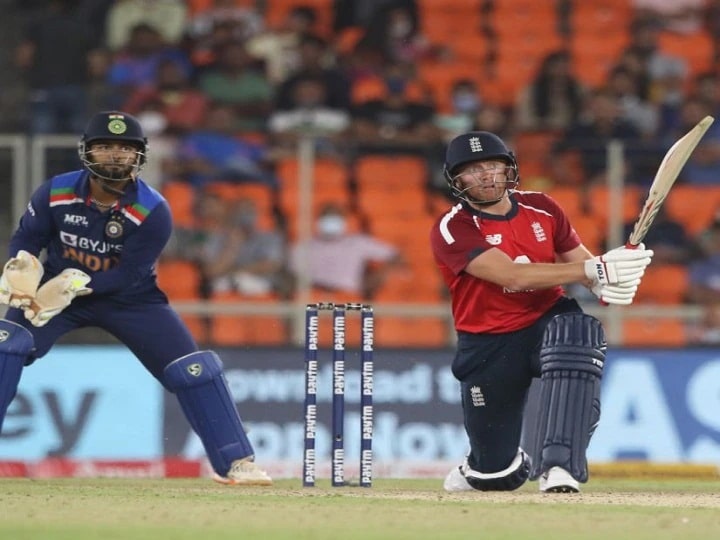 India vs England T20I Series: England defeated India by 8 wickets in the first T20 match played at the Narendra Modi Stadium. With this victory, England have taken a 1-0 lead in the five-match series. The England team won the toss and decided to bowl first. England had restricted Team India to 124 runs for 7 wickets in 20 overs. After this, England, batting brilliantly, achieved this goal in 15 overs. Zofra Archer was awarded the Man of the Match for his outstanding performance.

Jason Rai scored the highest 49 runs for England. Apart from this, Jos Buttler contributed 28 runs. David Malan returned unbeaten on 24 and Johnny Beyersto 26 runs. David Malan hit the England team for a stunning victory in the first T20 match with a six. Yuzvendra Chahal and Washington Sundar achieved one each for India.

Earlier, the beginning towards India was very bad. India lost the wickets of their three leading batsmen Shikhar Dhawan, KL Rahul and Virat Kohli on a score of 20. Virat Kohli returned to the pavilion without opening an account on five balls.

After this, Rishabh Pant tried to handle India’s innings with Iyer. Pant, however, was dismissed after scoring 21 runs off 22 balls. India lost four wickets for just 48 runs in 10 overs. Shreyas Iyer played an innings of 67 runs to somehow lead India to 124 runs. Pacer Joffra Archer took three wickets for England.

With this victory, England have taken a 1-0 lead in the T20 series. The second T20 match between India and England will be played at the Narendra Modi Stadium in Ahmedabad on 14 March.