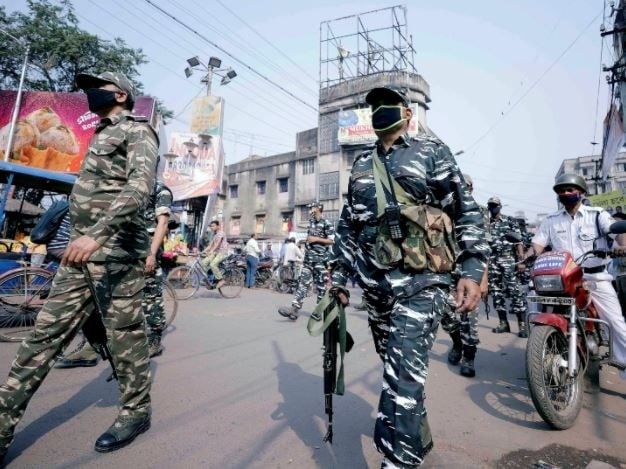 New Delhi: The Election Commission (EC) said on Monday that central police forces are not being sent exclusively to West Bengal, but they are being deployed in all electoral states. At the same time, the Commission pointed out that this is a regular process for many decades.

The Election Commission said in a statement that the Central Police Force (CPF) is regularly sent to all the states and union territories where Lok Sabha or Assembly elections are to be held. The Commission said, “Central police forces are regularly sent to states with Lok Sabha and Legislative Assembly for advance territorial authority, especially in critical and critical areas which are marked in careful advance review and about which Strong feedback is received from various sources including political parties and other units.

The election body said that this practice has been going on since the 1980s. The Commission said that it has come to its notice that in some sections of the media, the news of sending Central Police Force especially in West Bengal has been published. The statement said, “During the 2019 Lok Sabha elections, central forces were sent to all the states and union territories. Similarly, central forces are being sent to all the states where elections are to be held. In the present case, the central police forces have been sent to all the four states – Assam, Kerala, Tamil Nadu, West Bengal and the Union Territory of Puducherry. Elections are going to be held in these states.

The Commission said that orders for the deployment of the Central Police Force were issued on the same day i.e. on February 16 to the Chief Secretaries, Director Generals of Police and Chief Electoral Officers.