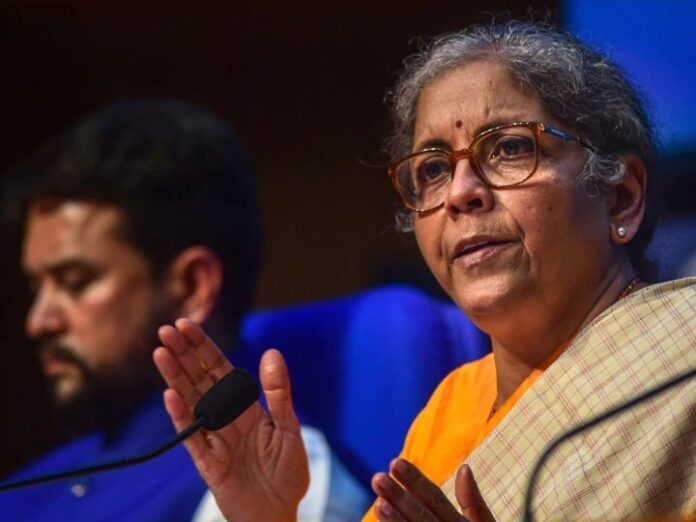 New Delhi: The country has suffered a lot of economic losses due to the Corona crisis. At the same time, lockdown was also implemented in the country to prevent the Corona crisis. Due to the lockdown, the work of the people in the country came to a halt, then millions of people had to lose their jobs. At the same time, it has been said in the economic survey that in the matter of speeding up the economy, the government is working at a fast pace on the front foot.

The budget session has started. On the first day of the session, Finance Minister Nirmala Sitharaman presented an economic review in Parliament. Before the budget to be presented on 1 February 2021, a review laid in Parliament has given detailed information about the state of the economy. The team headed by Chief Economic Advisor Krishnamurthy Venkat Subramaniam has prepared an economic review for 2020-21.

Finance Minister Nirmala Sitharaman highlighted the long-term reform measures during the survey presented in Parliament. He said that in order to eliminate the possibility of affecting development in the medium to long term, the government has been very active in introducing many basic reforms, but it has also been said that their impact will come out in the medium to long term only.

At the same time, it has been said that the government will take steps for economic recovery on the front foot. Also, policy making is said to be important. In the press conference, he asked Subramanian whether the batting (policy making) would be in the style of Pujara or Pant? In response, Subramanian said that when the ball swings, he bats like Pujara and when the swing stops, he bats like Pant.

Information about various sectors of the economy was given in the economic survey. At the same time, suggestions have been made about the further reforms to speed up economic growth. A rapid recovery is expected in FY 2021-22 in the economy affected by the Corona epidemic and the ‘lockdown’ imposed for its prevention.