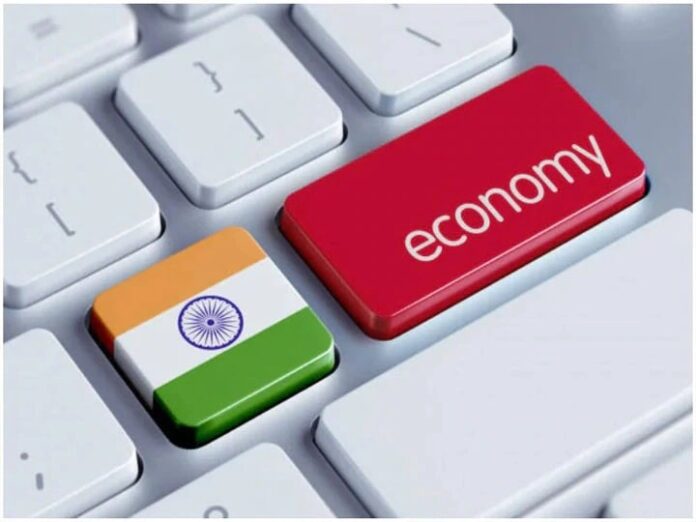 New Delhi: Economic Survey 2020-21 presented in Parliament before Budget 2021. Economic survey has claimed that timely and stringent nationwide lockdown in India to prevent the Kovid-19 epidemic has led to economic recovery with rapid recovery after the ‘V’ shape. An economic survey was presented by Finance Minister Nirmala Sitharaman in the Lok Sabha.

The survey said that after dealing with the epidemic in a timely manner, aggressive steps have been taken for recovery on the economic front for a long period. The survey said that India implemented a stringent lockdown from late March to May to curb the speed of Kovid-19’s proliferation. After a stagnation in the economy for the entire two months, the size of gross domestic product (GDP) decreased by 23.9 per cent as compared to the previous year’s quarter.

According to the survey, since June 2020, the country has experienced a ‘V’ shaped recovery (rapid growth) from the ‘unlock’ process. At the same time, the document prepared by Krishnamurthy V. Subramanian, the Chief Economic Advisor of the Ministry of Finance, further states that while avoiding the second wave of transition, V-Shep’s economic recovery has given India a ‘Sui generis’ i.e. Unique case is made.

The Economic Survey document states that despite the economic meltdown caused by the global pandemic, stable currency in India, comfortable current account and steady macroeconomics with encouraging signs in manufacturing sector output (Stable Macro Economics) A V-shaped recovery is being seen. The survey described the preventive measures adopted at the beginning of the epidemic as effective.