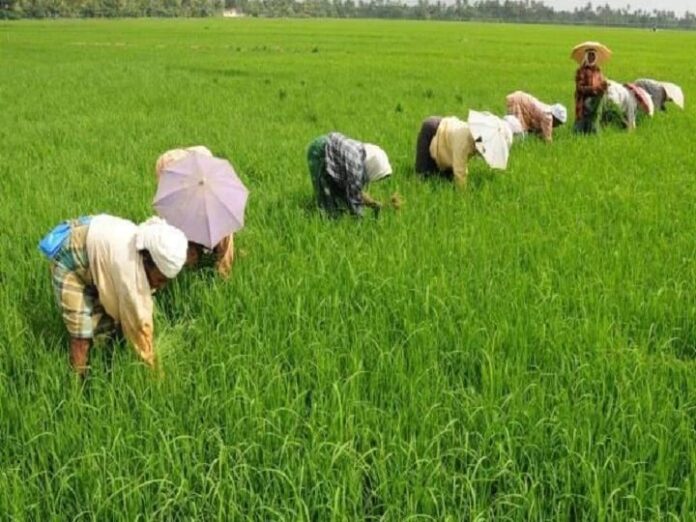 New Delhi: In the Economic Review, the agricultural sector has been praised for showing strength during the epidemic and suggested to see it as a modern business venture. In the Economic Review for the year 2020-21 presented by Finance Minister Nimarla Sitharaman in the Lok Sabha, the need for immediate improvement in the policies of the agricultural sector is emphasized so that the sector can develop strongly. At the same time, it is believed that some announcements can be made in the budget regarding agricultural reforms.

The survey said that along with basic education and training, farmers should be trained to change the role of an entrepreneur from a producer. It has been suggested in the survey that the option of setting up rural agricultural schools can be searched for training the farmers. Regarding allied sectors including animal husbandry, dairy and fisheries, the survey said that these areas have gradually become an important source of agricultural income and employment.

At the same time, in the Annual Economic Review, strongly advocating the new agricultural laws, it is said that these three laws are about to usher in a new era of market freedom for farmers. It has been said in the review that these three laws can have long-term benefits towards improving the lives of small and marginal farmers in India. It was said in the review that these laws have been prepared keeping in mind the advantages of small and marginal farmers. About 85 percent of the farmers fall under these categories and they are the most persecuted people in the market system regulated by a retrograde APMC (Agricultural Market Law).

The survey says that India’s agriculture sector has performed better in the lockdown implemented due to Kovid-19. The sector’s performance in agriculture and allied activities was bright during 2020-21 amid a decline in other sectors. The actual growth in this sector is estimated at 3.4 percent in the current financial year. According to the survey, under the announcements of the self-reliant India package, the agricultural sector has gained ‘new momentum’ through various measures related to loans, market reforms and food processing industry. Various interventions of the government for the development of allied sectors, including animal husbandry, dairy and fisheries, demonstrate the government’s resolve to properly exploit the potential of allied sectors.

The survey says that the objective of inclusive development in India cannot be fulfilled without the development of rural area and the development of rural area is dependent on agriculture. The survey states that agriculture (including forestry and fisheries) has an impact on the fate of the largest low-income group in India. We need to develop a way of looking at agriculture as a modern commercial enterprise, rather than a rural livelihood sector. The survey recommends that adequate storage for agricultural products, beneficial markets and post-harvest management should be taken care of.