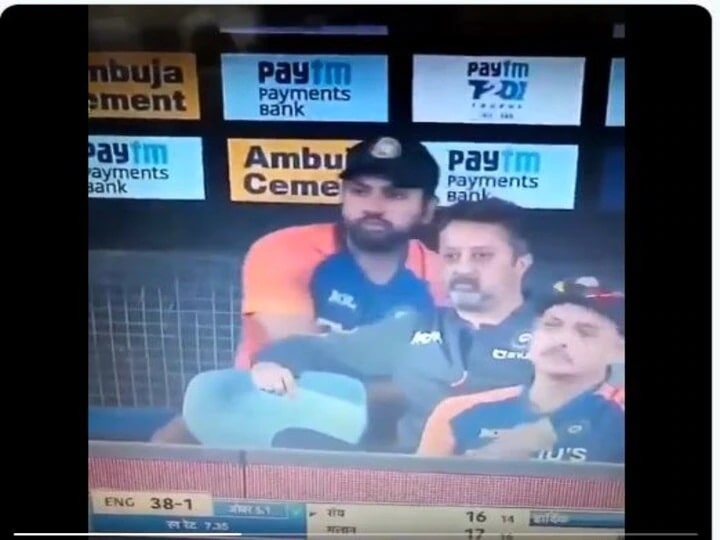 India’s star batsman Rohit Sharma has been trolling for some time due to his increasing weight. This time again, a user trolled them badly. In fact, Rohit was not included in the playing XI in the T20I match played between India and England, due to which he was seen sitting vacant on the bench, when a camera saw him hiding some accounts and took him badly on Twitter. Trolled. Now it seems that in the coming days, Rohit may have to face some more trolling.

When Rohit’s video went viral in the second T20I match, a Twitter user jokingly wrote, “The real reason for Rohit not playing in the match is Vada Pav.” This user question is being liked by many other users as well as they are also excited to know what they were actually eating. Actually, Rohit Sharma is seen hiding something during the match in the viral video and Head Coach Ravi Shastri is also seen sitting near him.

Why did Rohit not play the match ?:

Rohit was rested for the first two T20Is of the five-match series. In his absence, India struggled in the first T20I but in the second T20I on Sunday, India came back and won at the level of the draw in the series.