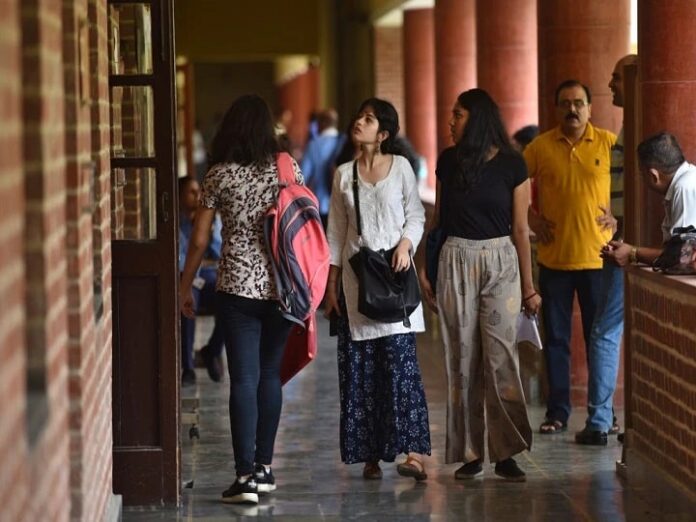 Delhi University Re-Opening: Delhi University has announced that all colleges will be opened for final year students from tomorrow ie 1st February. Not only this, it was further stated in the announcement that during this time the whole staff will also be called to the college. That is, colleges will be opened with 100 percent staff strength. Everyone from the teaching staff to the working staff is involved in this. Presently, colleges are being opened only for final year students. During this time all guidelines issued for Kovid will be followed.

University is closed from mid-March

Delhi University has been closed since mid-March due to the lockdown caused by the Corona epidemic. After some time, students were also asked to vacate the hostel. Due to non-normal conditions from Corona, the university was waiting for a long time, but no decision was coming in this regard. Finally from tomorrow, February 1, colleges are being opened for final year students. Till now, students were running from online classes.

Staff strength will be complete

Along with the students, the entire staff of the college will also have to come from tomorrow. However, the college heads have been asked to do some planning in such a way that there is not a lot of rush when the staff comes and goes. In this way, students will be able to start offline classes after a long time. Students are currently asked to come to college in small batches. Those students who have to do practical classes have been asked to join the college first. However, this is not mandatory.

Other students who have taken admission in the second classes, their online classes will continue to run as before. During this time, the safety of everyone will be taken care of and all the Kovid guidelines will also be followed.