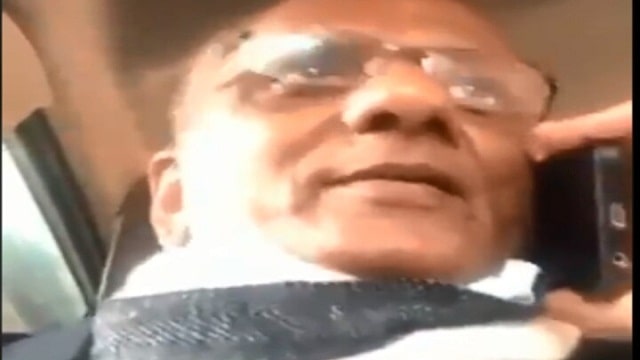 There is a campaign to install Corona vaccine across the country. People are also seen supporting the government to prevent the spread of corona virus epidemic. At the same time, awareness campaign is also being carried out in place of the vaccine. KK Aggarwal, a well-known doctor and former President of the Indian Medical Association, conferred with the Padma Shri, also underwent the Corona vaccine. However, after this, his wife started his class fiercely. The video of this entire incident is now becoming very fast on social media.

Doctor KK Agarwal got himself vaccinated without his wife.

Note to self : don't ever pick-up phone while you are live on tv 🙂
#forwarded. pic.twitter.com/uhIQYvZ4IO

Doctor Aggarwal’s wife said to him, “You are very strange, you could not take us with you? Why did you not take me with you?” After this, Dr. Aggarwal said, “I just went to find out about the vaccine but there I was vaccinated.” The wife said, “Do not make excuses.” Then Dr. Aggarwal realized that he was in a live session. He told his wife, “I’m in live session, talk later.” After this, this video started being shared among people very fast.

Dr. Aggarwal gave his clarification about this matter. He said, “I came to know that my video is going viral very fast. I am happy that you are happy to see this video. My wife was worried about my safety, so she told me so. I told you I also appeal to have the Corona vaccine installed

Please tell that people are also seen giving their feedback on this video. One user wrote, “If you have a wife, then you are like this At the same time, another user wrote, “No matter how big a position you are sitting, but you cannot speak in front of your wife.” Apart from this, a user wrote in a funny manner, “If you are live, please never pick up the phone.” Significantly, this video was shared by a Twitter user named Tarun Shukla.