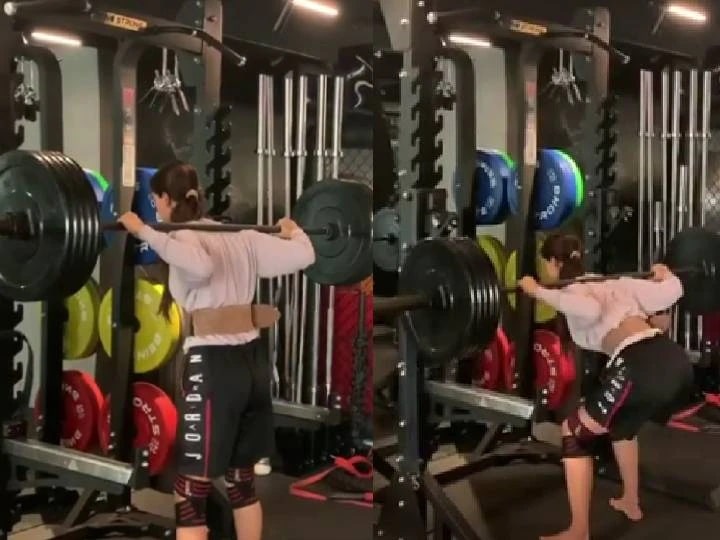 Bollywood actress Disha Patni is a fitness freak. She is very active on social media and often shares videos of her workouts and gymnastics with fans. Disha shared a video a few hours ago. In this video, she is doing a lot of heavy workouts. In this, she is doing many different types of gymnastic workouts.

These workouts
can be seen in the first part of this video that Disha lifts a 70 kg plate on the shoulders and sets two sets of it. In the second part, she lifts 30 kilograms and hits three sets of Smith’s Hip Thrust. After this, the lift stifflifts dead leg. The hamstrings then hit three sets of curls.
More than 1.5 million
views After watching this workout video, you can get an idea of ​​how hard Disha Patni works to show herself fit and beautiful. She often shares such videos with fans. Fans encourage them by commenting on such videos of them. This workout video of Disha has been viewed more than 1.5 million times.