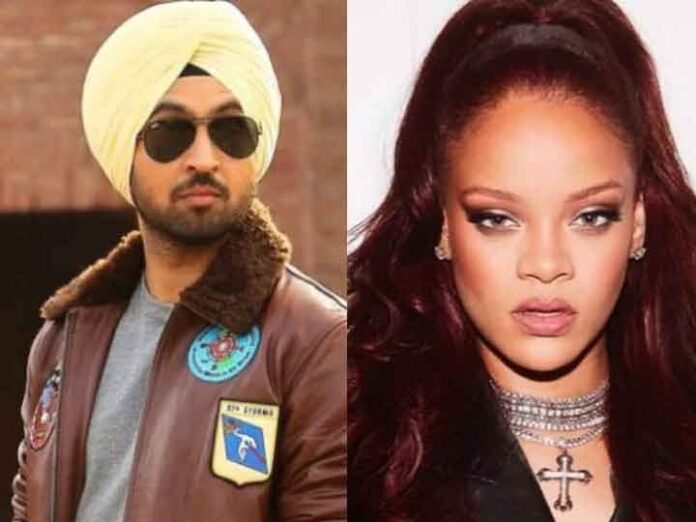 There was a panic in India after pop star Rihanna tweeted in support of the farmer movement. Diljit Dosanjh has become a fan of the farmers’ movement.

Now Diljit has dedicated one song to Rihanna. This song of 1 minute 48 seconds uses clips of Rihanna and it has been combined with clips of Diljit.

While sharing the video of the song, Diljit Dosanjh wrote in the caption, ‘I will be wearing a kurta pajama at your concert.’ Not only this, with this caption, Diljit Dosanjh has written the hashtag Rihanna and has also shared the heart emoji.

Let me tell you that on February 2, Rihanna tweeted in support of the farmers movement. Rihanna shared a news related to the performance of Neeson. This news was about the shutting down of the Internet around the demonstration site of the farmers. Rihanna wrote while sharing this news – Why are we not talking about it? Rihanna tweeted this with the hashtag #FarmersProtest. This tweet was retweeted by millions.

The Ministry of External Affairs had said that some forces are running their agenda regarding these demonstrations. Before getting any opinion on these issues, it would be better to get complete information.