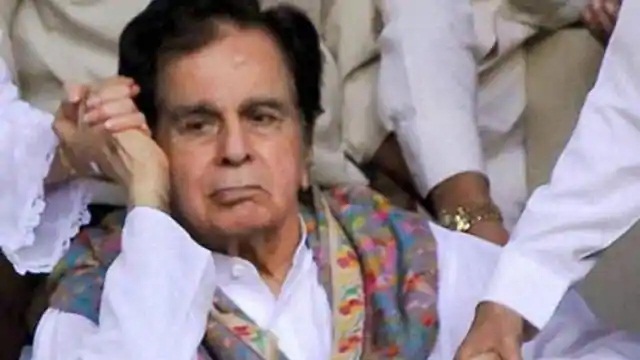 Bollywood industry veteran actor Dilip Kumar lost both his brothers. His brother Ehsan Khan died on Wednesday. Earlier on August 21, brother Aslam Khan said goodbye to the world. Both were admitted to Lilavati Hospital after being found infected with Corona, but could not be saved. The news of the demise of both brothers has not yet been reported to Dilip Kumar.

Saira Banu told E-Times, “Dilip saheb has not been told that Aslam Bhai and Ehsaan Bhai are no more. We keep them from all kinds of disturbing news. Even when Amitabh Bachchan was admitted to Nanavati Hospital after getting infected with COVID-19, we did not inform him about it. He likes Amitabh very much. ”

Apart from this, Saira Bano spoke about the current condition of Dilip Kumar. He said, “He is fine.” Keeping them in quarantine is our first priority, but recently there were some changes in their blood pressure due to dehydration. He is undergoing treatment.

Amitabh Bachchan did such a thing in the midnight, Ranveer Singh said – what are you doing

Significantly, after Aslam’s death, Saira Banu had prayed for Ehsan Khan’s well being. He said, “It is very unfortunate that Aslam Bhai died of Corona virus. We really do not know how to face this sorrow. May Allah comfort their soul. Ehsan Khan’s condition is also critical. Pray for the favor brother. He is struggling in the ICU. I hope he recovers and returns home. ”