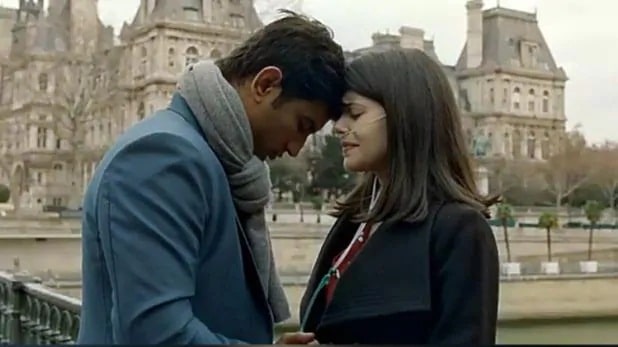 The trailer of Sushant Singh Rajput’s last film Dil Bechara has been released. On this trailer, many stars like Farhan Akhtar, Kriti Sanon, Sayami Kher, Siddharth Malhotra have also given their reactions and this trailer is also trending on social media. However, there is a dialogue in this trailer which is very much discussed and due to which fans are feeling very emotional about Sushant.

Fans are getting emotional after watching Dil Bechara trailer: There are many moments in this trailer that fans become very emotional on seeing. However, there is a dialogue that is not only written well but has also become very relevant after the tragedy with Sushant. Sushant says that when we have to take birth and when to die, we cannot disguise it, but how to live we have dissaid it.

Many fans reacted to this dialogue saying that Sushant himself is saying in the film that being born and dying is not in the hands of humans, so why did he take such a big decision to die by himself? Apart from this, another dialogue which is in the discussion among the fans is – ‘Love gives us hope’ and ‘Love makes our life better’

Significantly, this film is an official Hindi remake of the Hollywood film The Fault in Our Stars, released in 2014. Sanjana Sanghi is making her debut as a lead actress with this film . Sushant ‘s fans wanted to see the film released in theaters as they wanted to give their favorite star a try by watching the film in theaters but it could not happen and finally the film is going to release on OTT platform Disney Hotstar on July 24 is.