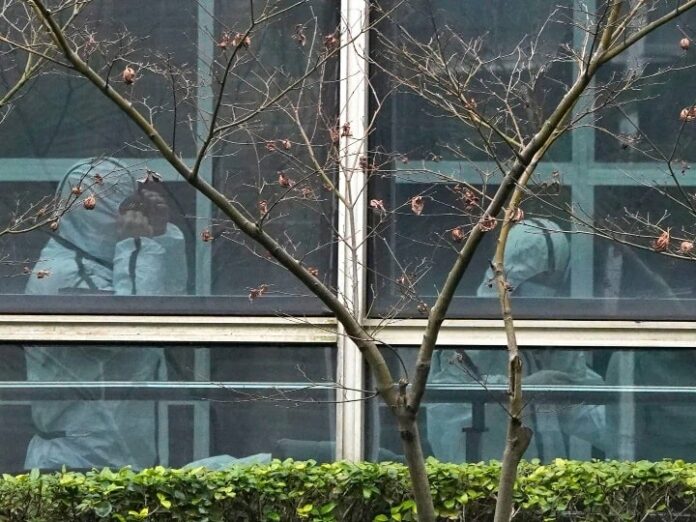 Wuhan: Where did the corona virus that caught the whole world come from, it still remains a mystery. In November-December of 2019, this virus spread from Wuhan, China to the whole world. The World Health Organization (WHO) team reached Wuhan a few days ago to investigate the origin of the virus. This team has come to know some important clues. What are these clues, it will be revealed by the team in the coming two-three days.

A member of the team said that China allowed him to go everywhere and meet every employee he had requested. Peter Desjak told the Associated Press on Friday that team members had given a list of places and people to include in their investigation, to which no objections have been raised. Britain-born zoologist Desjak said, “We were asked where we wanted to go. We had given a list of ours … which was accepted. He is also the president of Eco Health Alliance, an NGO based in New York City, USA.

Desjak said that the team has completed a tour of the sites and will spend the next few days scrutinizing the data and consulting with Chinese experts and presenting a summary of their investigation at a news briefing before their departure on Wednesday. Deszak said, “I can’t tell what we’ve got because we’re at a time where teams are coming together looking at different avenues, different issues.”

With the Corona virus, it has been claimed that it spread from the Virology Institute of Wuhan. Desjak denied this. Apart from them, other scientists also denied this. There was no concrete information about the arrival of this virus in humans from bats. Scientists also visited the lab.

With this, Desjak said that what we did not know then (in the beginning) is now known. He did not reveal much, but briefly told an important point. He said that the important role of the market has come out in the investigation of scientists. When the Corona cases came to China, the food market was immediately closed. People left in a hurry and left the equipment and utensils there. The evidence of everything that was going on there left behind and we have investigated these things.