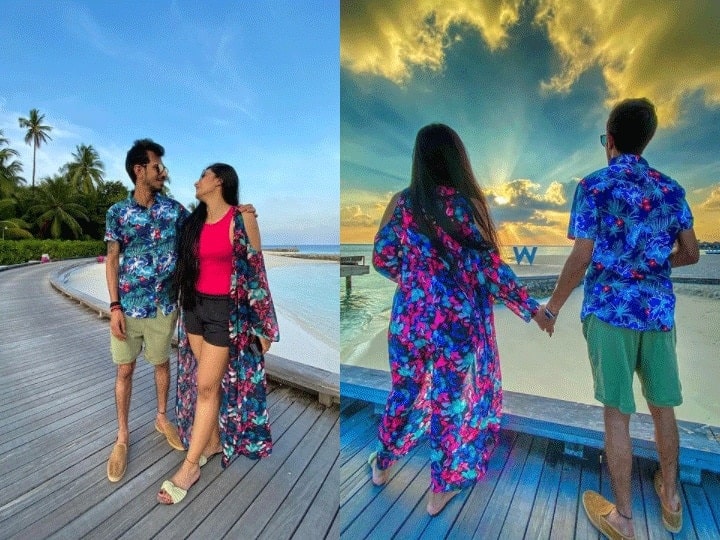 Dhanashree Verma is currently holidaying in Maldives with her husband Yuzvendra Chahal. Meanwhile, without any delay, Ghanashree made a video on a new song and shared it with his fans. Dhanashree Verma is continuously sharing her videos and photos with fans from Maldives. In the video, Dhanashree also appeared in a glamorous look on the beach. In this video, she has been seen doing the Don’t rush challenge with her friend in a trend.

Along with sharing the video, Dhanashree Verma wrote in the caption, ‘By far the best location for don’t rush ???? Can you believe this? I made all my W Maldives people do this Don’t rush challenge ???????? ☀️ ‘Fans are liking this video a lot and are also continuously commenting. Earlier, Dhanashree shared some photos in which she was seen doing something creative inside the ocean. In this photo, Dhanashree and Yuzvendra Chahal were seen expressing their love to each other. In this video, she has carried a red dress.

Talking about the work front, Dhanashree Verma will soon be seen in a new song with Punjabi singer Jassi Gill. Dhanashree Verma is a doctor by profession, but she is very sad to dance, due to which she shares her dance videos on social media the next day. Dhanashree Verma and Yuzvendra Chahal got married only last year.