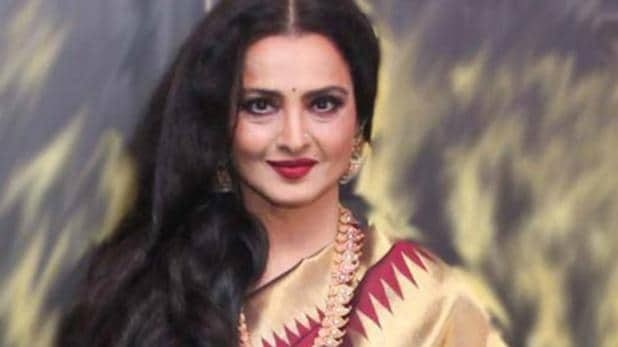 Rekha, who is among the top actresses of Bollywood, has made a distinct identity in the industry with hard work and dedication. Today Rekha is living a luxury life. In today’s time, they are not lacking in anything. At the same time, his lifestyle is also quite attractive. Please tell that the real name of Rekha is Bhanurekha Ganesan. Rekha is counted among the top actresses in the world. According to the reports, Rekha earns around 40 crores in a year.

Rekha has created a special place in the hearts of people due to the strong acting in films. His fans are in crores. At one time, his pairing with megastar Amitabh Bachchan was well liked on the big screen. Gradually, the name of Rekha started to be associated with Amitabh too. However, in the year 1973, Amitabh Bachchan married Jaya Bhaduri and separated from Rekha forever.

Despite the distance from films, Bollywood actress Rekha’s stardom has not decreased, know how much is the revenue of the year

Rekha has property worth crores

Rekha has her own bungalow in Bandra, Mumbai, which is worth crores. At the same time, Shah Rukh Khan and Farhan Akhtar are his neighbors. Rekha has many properties in South India including Mumbai. Rekha also has luxury vehicles, which are worth millions. Rekha has been away from films for a long time but her stardom is still intact. During an interview, he told that he is very strict in the matter of money and is not a wasteful spender at all.

There is a discussion about Rekha and Amitabh

Even though Bollywood’s Evergreen actress Rekha no longer talks about her relationships with Jaya Bachchan and Amitabh Bachchan, there was a time when these three were riding on the same kayak. This was a period when Rekha and Amitabh used to be discussed everywhere, from the Bollywood corridors to every newspaper, every magazine, the name of both of them gathered a lot of headlines and Rekha also talked about her and Amitabh’s relationship. Meanwhile, the acting of Amitabh Bachchan, Jaya Bachchan and Rekha in the film Silsila forced the audience to praise this film. In this film, everyone saw the love triangles of the three and connected it to their real life.