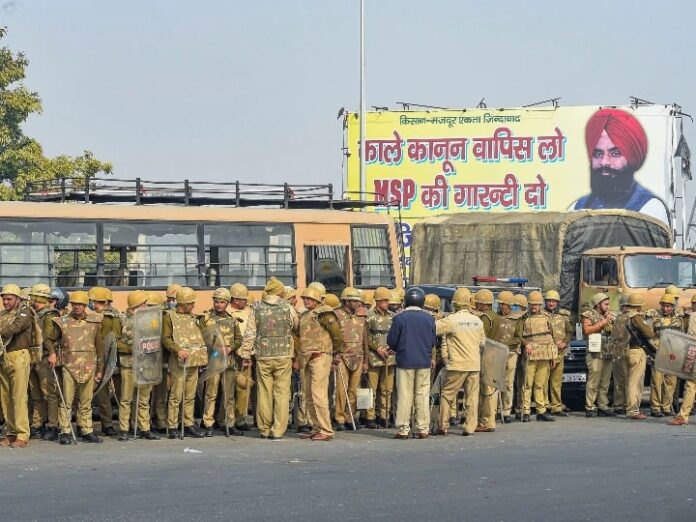 New Delhi: The movement is being seen along the border of Delhi and Uttar Pradesh (Ghazipur border). The administration has reached to evacuate the demonstration site of the farmers. Meanwhile, Delhi Traffic Police has said that Ghazipur border has been closed from both sides.

Due to the performance of farmers, there is heavy traffic on the service road (NH 24) towards Ghaziabad. Learn to avoid this path. Use Ring Road, Akshardham, Laxminagar, Akshardham Setu Loop to reach your destination.

Please tell that the Uttar Pradesh government directed the DM of the places where the farmers are going on a sit-in. It has been said in the order that the farmers are requested to vacate themselves wherever the farmers are sitting on the dharna. The government will also give them free service till they go to their home, buses have also reached Ghazipur.

After the order, the DM and SSP of Ghaziabad are on the Ghazipur border. A large number of police personnel are deployed here. Let us tell that Rakesh Tikait, leader of the Bharatiya Kisan Union (BKU), is leading the farmers’ movements in Ghazipur.

Tikait said at around 6.30 pm that the administration would be responsible if anything happened here. There will be no arrest. Here the people of BJP are coming and doing hooliganism.