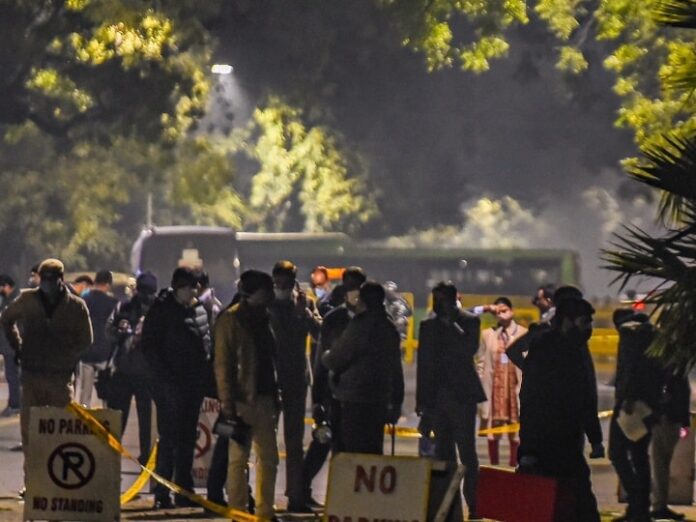 Delhi Blast Live Updates: Blasted outside the Israeli Embassy in Delhi. Glasses of many vehicles have been broken in this blast. Special cell of Delhi Police has reached the spot. The Israeli embassy is located on APJ Abdul Kalam Road.

NIA officials are also present on the spot. Along with this, a team of bomb and dog squad has also arrived. The Special Cell of Delhi Police is investigating CCTV footage installed in the area.

The vehicles were parked 150 meters away from the Israeli embassy and this is where the explosion took place. Probably IED blast occurred at around 5: 5 pm. According to preliminary investigation, there is a possibility of hiding the bomb in the bottle.

Delhi Police said, “IED was placed near Jindal House near 5 APJ Abdul Kalam Road. There were no casualties or property damage in this incident. Glasses of three vehicles parked nearby are broken. Initially, it seems that some mischievous elements may be involved in it so that sensation can be created.

At the same time, Fire Department official Prem Pal said that we received the information about the blast at around 5.30 pm. We reached the spot immediately after this. There have been no casualties in this blast.

A ‘Beating Retreat’ program was going on at Rajpath, about one and a half kilometers from the spot. Many Union ministers including President Ram Nath Kovind, Prime Minister Narendra Modi were present in this program.

This area is very important in terms of security. The entire area has been cordoned off after the blast. The Israeli embassy currently refused to respond to the news of the blast.

Explain that in 2012, there was a blast near the Israeli embassy.