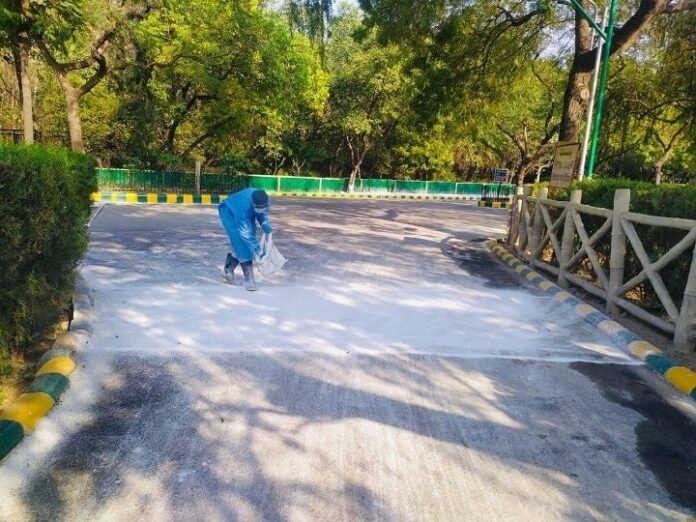 New Delhi: Bird flu has once again knocked in the capital city zoo. According to the Delhi zoo’s administration, on February 3, a total of 7 samples were sent from 4 different places of the zoo to a lab in Bhopal. In all these samples, H5N8 avian influenza ie bird flu has been confirmed. Earlier, the first case of bird flu in Delhi’s zoo came to light on January 16 when the sample was sent to Bhopal after a brown owl was found dead. H5N8 avian influenza, or bird flu, was confirmed in a dead brown owl.

Currently, the work of sanitization is going on keeping in mind all the beads in the zoo. After which 6 more samples were sent from Delhi Zoo for investigation which were found to be negative. Not only this, the Red Fort of Delhi was also closed to common citizens due to bird flu.

As a precaution from the zoo administration, Delhi Zoo has been closed to the common people. Sanitation work is going on along with cleanliness inside Xu. On 11 January, the incident of death of ducks was also reported in Sanjay lake of Delhi. After this, Sanjay Lake Park in East Delhi and Parks of Dwarka Sector 9 in South Delhi were closed due to bird flu.

At the same time, samples were sent from the capital Delhi from a total of 14 different places, out of which only the zoo samples have resulted. It is a matter of relief that no bird has been killed in Delhi Zoo except for the bird owl from the bird flu.

DU will make significant changes under the new education policy

Instructions to operate hostels in tribal areas with caution in MP