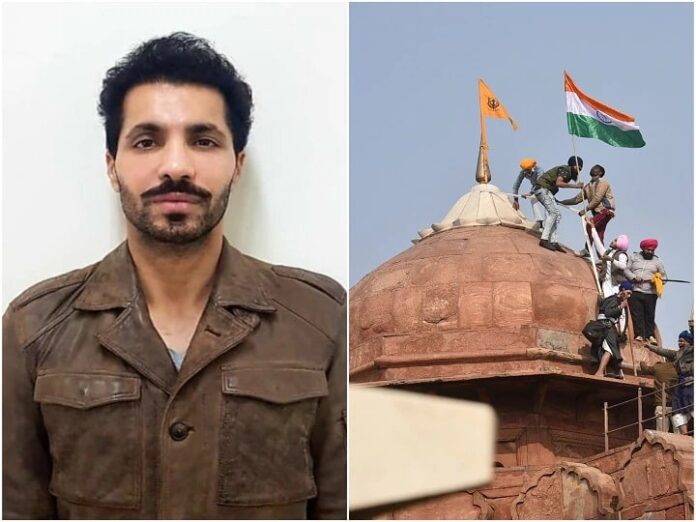 New Delhi: On 26 January, Crime Branch investigating the violence in Red Fort questioned Deep Sidhu for many hours. Joint commissioners of Crime Branch BK Singh and DCP Monica Bhardwaj were also involved during the interrogation to unravel the layers of violence. Apart from this, keeping in mind the possibility of some big conspiracy, the IB officials also came to interrogate Deep Siddu.

According to the sources of the police, the police is just taking the account of Deep Sidhu on January 26 that where did he go on the day of January 26 i.e. the day the violence took place. During interrogation, Deep Sidhu said that on 25th, he stayed somewhere near the Singhu border. On 26 January, he came to the Singhu border in the morning and reached the Red Fort at around 11:00 am.

According to police sources, he had three friends along with him. Deep Sidhu reached the Red Fort in different ways by riding in a car and after reaching there, he started to live Facebook. But during interrogation, Deep is unable to tell what went to the Red Fort. After that he went back to the Singhu border but there were two groups formed with Deep Sidhu. Deep Sidhu felt that something untoward could happen to him, so he went out of the Singhu border and hid in Haryana and Punjab.

Deep Sidhu was arrested on Monday night and produced in court on Tuesday. The court sent him to seven days police custody.