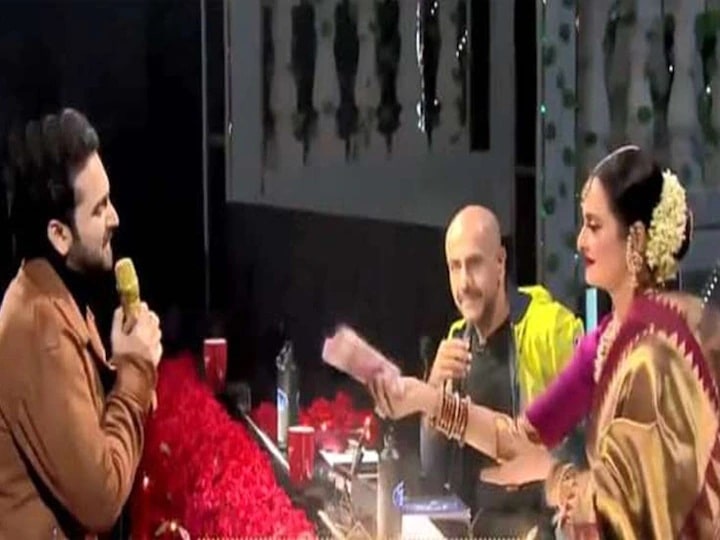 Bollywood’s Evergreen actress Rekha will soon be seen in the singing reality show Indian Idol 12. In the special episode, the contestants will present more than one song of their films in front of the actress. Some glimpses of this special episode have been shared by the makers through video, in which Rekha is seen swinging on the songs sung by the contestants and sometimes shedding tears.

Recently a video has been released in which Rekha gets mesmerized by the performance of Contestant Mohammad Danish. Actually, Danish perform on the famous title song of the movie ‘Muqaddar Ka Sikander’ which was shot on Amitabh Bachchan. Now on stage, sing a song filmed on Amitabh Bachchan and Rekha should not express happiness on him, how can this happen? Rekha is seen performing aarti from several notes of 2000-2000 rupees of Danish. After this, she starts singing on the stage with Danish.

By the way, the proximity of Rekha and Amitabh was once the most discussed topic in Bollywood. According to media reports, the closeness of the two was increased on the set of the film ‘Do Anjaane’. After this the series went on for many years, but then both of them broke up during the film series and these two were never seen together again.