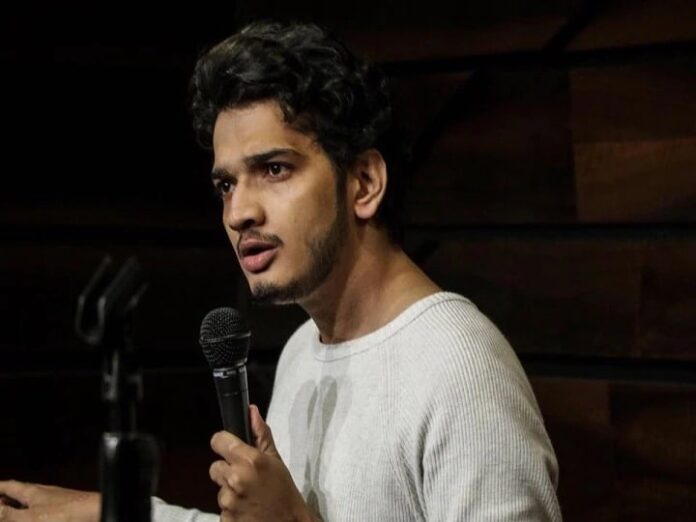 Indore: Comedian Munawar Farooqui could not be released from the Central Jail till Saturday night even after getting interim bail from the Supreme Court in the case of alleged objectionable comments about Hindu deities. The Central Jail Administration cited Farooqui’s inability to release, citing a production warrant issued by a Prayagraj court.

The apex court on Friday granted interim bail to the Gujarat comedian, who was facing the main charge of hurting religious sentiments in an FIR filed in Indore on January 1 night. Munawar’s lawyers completed the bail formalities by submitting an order of the Supreme Court on Saturday in the district court of Indore.

Citing the jail manual, he claimed that he needed an order from a Prayagraj court or a competent authority of the government to release Farooqui from prison. The official said that in the event of not getting the release order, Farooqui can be sent to Prayagraj on Sunday morning. Earlier, the comedian will be screened for Kovid-19.

What did the Supreme Court say?

Munawar Farooqui, who reached the Supreme Court, had also filed a separate application for cancellation of the FIR registered in Madhya Pradesh. The case came up before a bench headed by Justice Rohinton Nariman. The judges issued notice to the Madhya Pradesh government in the case. After this, reading the things written in the petition, Justice Nariman questioned the manner of arrest.

Justice Nariman asked the petitioner’s counsel Sourav Kirpal, “Was the Supreme Court’s judgment in Arneesh Kumar vs Bihar case and Section 41 of CrPC not followed during the arrest?” The lawyer replied, “My mother, these things were not followed.” To this, the judge said, “Then it forms the basis for the immediate release of the petitioner.”

The Supreme Court has held that the police did not conduct any preliminary inquiry while arresting Farooqui. Even when presented before the magistrate, he did not say why it was necessary to arrest him. On the basis of this lack of procedure, the court ordered Farooqui’s interim release without hearing the state government.

An arrest was made on January 1

Officials said that Farooqui was lodged in the Central Jail in Indore after his arrest on January 1 on the complaint of Eklavya Singh Gaur, son of local BJP MLA Malini Laxman Singh Gaur. Significantly, the district court and subsequently the Madhya Pradesh High Court had rejected Farooqui’s bail applications after hearing the arguments of both the parties. After this, the comedian moved the Supreme Court for release on bail.

According to police officials, Eklavya Singh Gaur, son of the local BJP MLA, had filed a case on January 1 at the Tukoganj police station against Farooqui and four others involved in organizing a comedy show. The MLA’s son alleges that objectionable comments were made about the Hindu deities, Union Home Minister Amit Shah and Godhra incident in the event held on January 1 in a cafe in the city.

However, Farooqui’s local lawyer Anshuman Srivastava has been claiming that the allegations made in his FIR against his alleged remarks have nothing to do with Indore’s program and under political pressure against him over controversies over his earlier presentations The matter has been fabricated at the local level.

According to eyewitnesses, Eklavya along with his companions arrived as an audience at the comedy show organized on New Year in Indore. He created a ruckus in protest against the alleged objectionable remarks and after stopping the program, five people including Farooqui were arrested and handed over to the police.

Police officials said that all the five people were arrested under Section 295-A of the Indian Penal Code and other relevant provisions for the controversial program. Later another person was arrested for being involved in organizing the event.