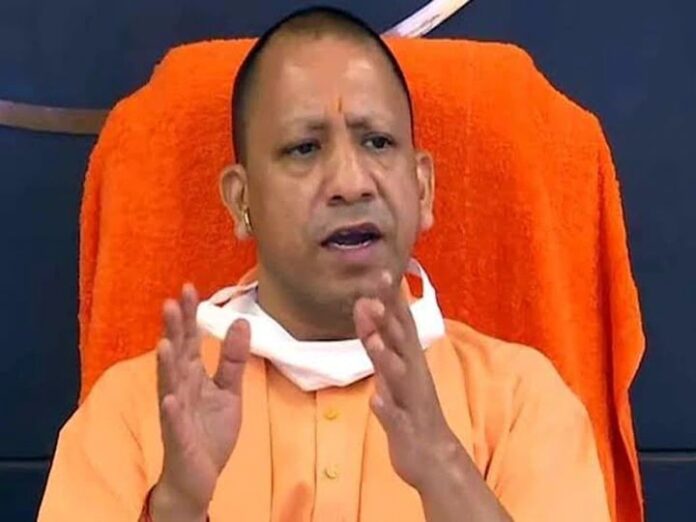 The Chief Minister reviewed the development works being done to provide world class facilities to the tourists coming to Ayodhya. Chief Minister Yogi Adityanath visited the Ram Janmabhoomi and inspected the works of temple construction on the spot. The CM directed the officials of different departments related to the construction works present there to complete the development works being done by their departments on time. CM Yogi told the officials that since the foundation stone of the grand Ram temple of Ayodhya was laid by PM Modi, the crowd of devotees is increasing in Ayodhya. In such a situation, it is our responsibility to increase the amenities of tourists. CM said that Ram’s Paadi has to be developed like Hari’s Paadi. There should be such an attempt to have sufficient water stream of Saryu.

Unfinished work as soon as possible

In future asked to operate the cruise from Naya Ghat. CM said that in Ayodhya, all the states are making their guest planets, many religious social organizations are making dharamshalas. Many saints and akharas want to build temples and ashrams here, so there is a need to speed up the work of infrastructure and connectivity. Complete the incomplete tasks as soon as possible. Darshan paths, widening of circumambulation paths and construction of footpaths should be done fast. The task of improving the lighting system of the roads is necessary to have better lighting facility in all the ghats, roads, circumambulation routes, squares and monuments. Plan such that Ayodhya be developed as an eco-friendly solar city.

Connect the energy department power system to the solar system. Use solar energy. A different kind of pollution-free, clean and beautiful Ayodhya should be built for the whole world. The Chief Minister directed the Environment Department to identify trees that are older than a hundred years old and preserve them as heritage sites. Along with the addition of Janmabhoomi campus for the construction of forests of Ramayana trees, add fourteen Kosi, Panch Kosi and eighty four Kosi Parikrama Paths, Gram Sabha lands, parks. He said that between all these development works, for the relief and rehabilitation of the shopkeepers of the displaced markets, the administration should directly communicate with the people and ensure their employment. There should be no effort for any Ayodhya resident. Additional Chief Secretary Health, Secondary Education, Principal Secretary Housing, Tourism and Culture, Transport and other officials were present in the meeting.

All departments were asked to complete the work in time.

Principal Secretary Tourism and Culture Mukesh Meshram said in the meeting that the CM has instructed all departments to take time-bound action. CM has said that Ayodhya is being watched by the whole world. If tourists come from all over the world, get all the facilities. Beautification, widening. Technology should be used for smooth traffic. Took information about land acquisition proceedings. Consultant is being selected which will draw the blueprint for better planning. Ramkatha Park, Ramkatha Museum, Bhajan Sandhya Sthal, Shilpgram is to be developed. Talked about Fasad lighting, river front view on historical heritage. We are going to talk with the irrigation department to build a new ghat. CM has said that special attention should be given to Vastushastra in the development of Ayodhya. The Housing Department will acquire 1500 acres of land.

MP Lallu Singh, who attended the meeting, said that PM wants to make Ayodhya the best city in the world. Today development works were discussed. Everyone has given their suggestions. Construction of airport, ring road should be completed soon. Construction of barrage on Saryu. Instructions for arranging sewerage. Instructions have been given to improve the Banaskari route from Banaras. There will be some challenges.

Mahant Raju Das of Hanumangarhi also spoke to CM Yogi. He said that the mythical monastery and temple here are on the road. Monasteries, temples, shops will be broken in road widening. Widening is necessary, but with all systems and new systems. Mahanta told that the CM has said that, Ram temple is not being built to hurt anyone, all will be taken care of.