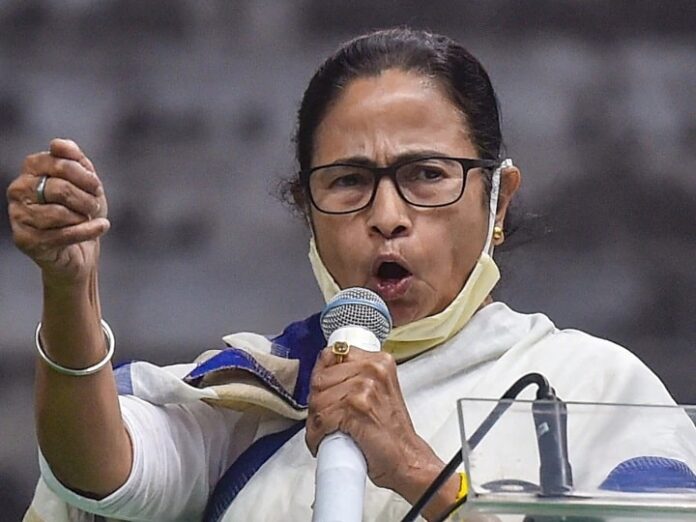 Murshidabad: The round of counter-attack continues before the assembly elections to be held in West Bengal. On Tuesday, Chief Minister and Trinamool Congress (TMC) Mamata Banerjee compared herself to the Royal Bengal Tiger and said that she is not weak, who should be afraid of the BJP. He said that as long as I am alive I will live like Royal Bengal Tiger.

Mamta Banerjee said that Bengal will rule Bengal, not Gujarat. BJP is a party of landlords. I will not let them rob me. After demonetisation, houses are kept captive.

He said at a rally in Murshidabad that the biggest leaders of BJP lie. PM Modi comes to Bengal and says that government employees do not get salary in Bengal. Which government employee has not got salary, show me Modi Babu. Why is the central government shutting down BSNL, GAIL?

Comparison of rebels with Mir Jafar

Addressing a rally in Murshidabad, the state capital of the then Nawab of Bengal Siraj-Daula, Banerjee compared those who left Trinamool Congress and joined BJP to Mir Jaffer. Mir Jafar was the commander of Siraj-Daula’s army who betrayed his Nawab in the Battle of Palasi in 1757 and joined the British.

Mamta Banerjee said, “There is no reason to think that I am weak, I am not one to fear anyone.” I am strong and always keep my head high. As long as I live, I will be like the Royal Bengal Tiger. ”