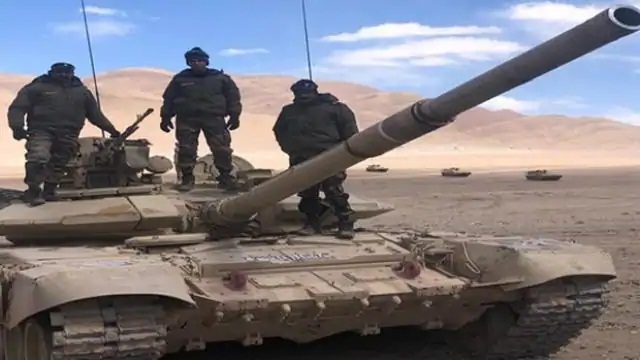 There is tension on the India-China border for five months. The armies on both sides are face to face with munitions. In response to the provocations and provocative activities of the dragon, India has also turned its modern and powerful weapons towards China. Tank commanders stationed near the Line of Actual Control in Ladakh believe that the Chinese military’s T-90 will not be able to stand in front of the Bhishma tanks of the Indian Army if it comes to war with China.

India has also sent a large number of its tanks here in response to the large number of troops and tanks being deployed by China on LAC in Ladakh. A tank commander, on the condition of keeping the identity confidential, said, “I believe that if a war breaks out and tanks are used, I can assure you that China’s light tanks are T-90 and T-72 tanks of India.” Will not be able to stand in front of. ”

Officials were talking about the recently reported report that China has deployed light tanks in front of the Indian Army in eastern Ladakh. China has recently deployed and tested a lightweight T-15 tank. According to reports in Chinese media, light tanks would be more effective in areas with high mountains and valleys.

Another tank commander said that the BMP-2 Infantry Combat Vehicles with Indian T-90 and T-72 tanks can operate in temperatures ranging from 50 degrees to minus 40 degrees. Apart from this they can be deployed in any kind of areas. Be it plains or mountains, their firepower is strong everywhere.

When asked about the tank’s capacity in high mountain areas, the commander said that Russian T-90 tanks are good for operation in mountains and extremely cold areas. There are several locations on the LoC where tanks are deployed from both sides. Tanks are ready from Depsang in the DBO sector to the southern shore of Lake Pangong and the Chumar-Demchok sector in the southern part.

According to sources, a large number of Chinese tanks and infantry combat vehicles, including the T-99 and PTZ, have been deployed in front of the Indian Army. Behind them, long range artillery and ground-to-air missile defense systems have been deployed.