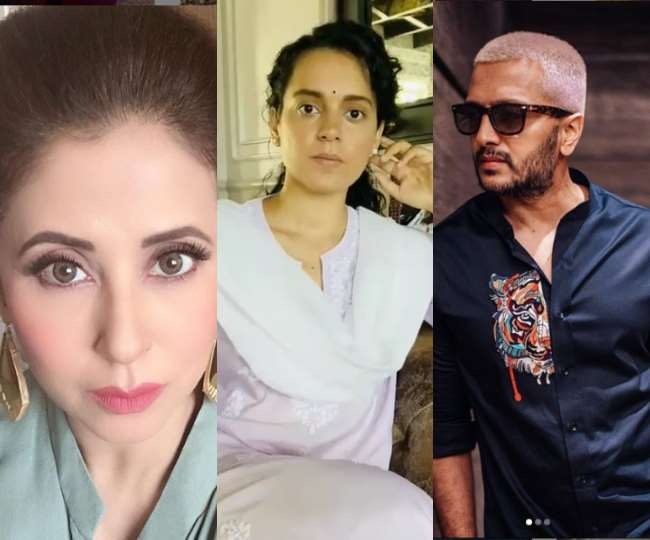 Bollywood actress Kangana Ranot’s statement that ‘Mumbai is giving poke like feeling’ is now getting disputed. While on one hand people are expressing their anger on Twitter against this statement of the actress and calling it shameful, on the other hand some of Bollywood’s celebs have come out in support of Mumbai. Many celebs including Ranuka Shahane, Ritesh Deshmukh, Urmila Matondkar, Swara Bhaskar have praised the city of Mumbai and the Mumbai Police. Celebs have expressed their love for Mumbai on Twitter. Before telling what the celebs have written in support of Mumbai, let us tell you Kangana made the statement.

Kangane had accused Shiv Sena leader Sanjay Raut of tweeting, ‘Shiv Sena leader Sanjay Raut has openly threatened me and said that I should not come back to Mumbai now. Independence slogans were first raised on the streets of Mumbai and now open threats are being made. Why is feeling like Mumbai to Pakistan Occupied Kashmir (PoK)? ‘. This statement of Kangana is being disputed and celebs have supported the city of Mumbai.

Urmila Matondkar wrote, tweeting, ‘Maharashtra is the cultural and intellectual face of India, the land of the great Shivaji Maharaj. Mumbai has given food, names and fame to crores of Indians. Only the favorless people can compare it to PoK. #EnoughIsEnough #AmchiMumbai #mumbaimerijaan #JaiMaharashtra ‘.

Swara Bhaskar wrote, ‘As an outsider, as an independent working woman I have been living in Mumbai for the last several decades. Just want to say that Mumbai is the safest and easiest city to live and ear. Shakri Mumbai Police to keep Aamchi Mumbai safe at all times’.