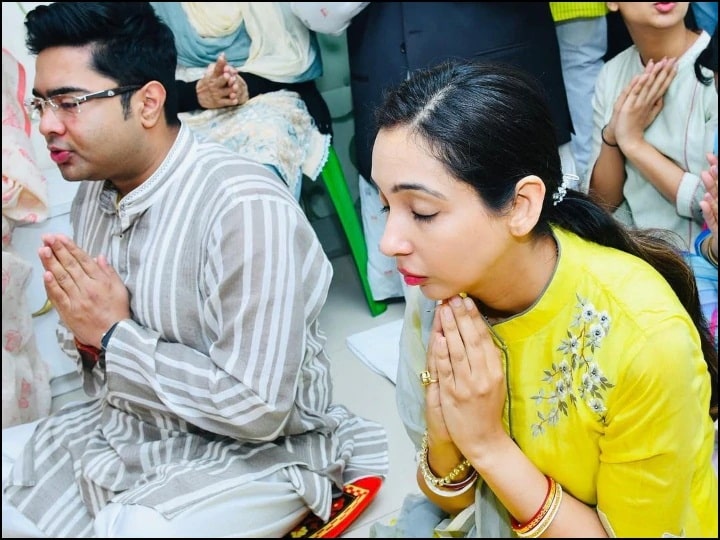 Kolkata: The CBI team will interrogate Rujira Banerjee, wife of TMC MP Abhishek Banerjee, at around 11 am on Tuesday in the coal scam case. The inquiry will take place at Abhishek Banerjee’s house on Harish Mukherjee Road. According to sources, the CBI team which interrogated Rujira will be led by Additional Superintendent of Police CBI Umesh Kumar. There will be around 5,6 members in the team with them, including two women officers.

Today, CBI questioned Abhishek Banerjee’s sister-in-law, Rujira’s sister Maneka Gambhir, for about 3 hours on the coal scam at her residence. Maneka and Rujira were sent a notice for questioning by the CBI on Sunday. Although Rujira Banerjee was not present at home on Sunday, the CBI had to return from her residence without questioning. Later Rujira had said that she would be available for questioning at her house on Tuesday from 11 am to 3 pm.

Trinamool Congress MP from Diamond Harbor Abhishek Banerjee is the nephew of Bengal Chief Minister Mamata Banerjee. Assembly elections are going to be held soon in West Bengal. In such a situation, on this action of CBI, Abhishek Banerjee had yesterday tweeted that he is not among those bowing down.

He tweeted, “At 2 pm today, the CBI has given a notice in my wife’s name. We have full faith in the law. However, if they believe they can use these tactics to intimidate us.” , Then they are wrong. We are not the ones who can be bowed down. ”