In Bigg Boss 14, a pair appeared together and dominated a lot. The pair was Abhinav Shukla and Rubina Dilaik, which created a huge buzz. While Abhinav Shukla was homeless before the finale on the show, Rubina not only made it to the top 5 but also won the show and won the Bigg Boss 14 trophy. At the same time, news has come that the two can once again be seen together in a show.

Rubina-Abhinav will be seen again?

Rubina Dilaik and Abhinav Shukla pair can be seen again in this show, more thrill than Bigg Boss source – instagram
Actually, at the moment, another booming reality show of Colors is being heard about Khatron Ke Khiladi. It is being said that the makers are busy in its preparations and for this, preparations are also going on to approach the celebs who have been in the limelight for the past year. In the last year and the beginning of this year, the name of Rubina and Abhinav has been very much discussed and hence there are speculations that both can once again appear in another reality show Khatron Ke Khiladi.

The two are doing a video song together

By the way, let us tell you that before appearing in the player of dangers, both are going to be seen together in a video song. The song title is Marjania. The famous singer Neha Kakkar will voice. The first look of both of them has also been released from the song. In which Rubina is seen in Orange Bikini. While Abhinav Shukla looks quite funky and cool. Fans have liked this style of both. This song is going to be released on March 18, which the audience is eagerly waiting for.

Rubina Dilaik and Abhinav Shukla pair can be seen again in this show, more thrill than Bigg Boss source – instagram
At the same time, whether this pair is seen in the player of dangers or not, it will be known soon. 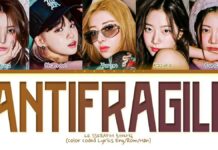