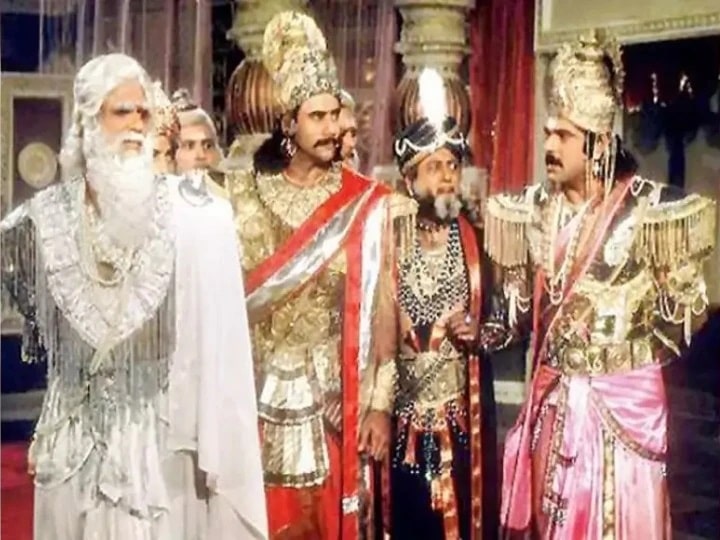 Mahabharata is a serial whose name is written in golden letters in the pages of TV history. The popularity of this TV serial released in 1988 can be gauged from the fact that it has Nitish Bhardwaj as ‘Krishna’, Puneet Issar made ‘Duryodhan’ or Mukesh Khanna made ‘Bhishma’, all the stars are still at home. Famous names are known in the house, even after so many years after the release of the serial.

Let us tell you that ‘Mahabharata’ was made by filmmaker BR Chopra Saheb for Doordarshan. Much research was done behind the making of the Mahabharata. According to the news, BR Chopra was looking for a man for the best of Mahabharata. Many people were advised to Chopra Saheb to get Dilip Kumar to narrate this TV serial.

BR Chopra himself had told that someone told him that NT Rama Rao can also be taken for the narration of Mahabharata. According to Chopra saheb, some time after this, Writer Rahi Masoom Raza came to his house and he (Rahi Masoom Raza) said, ‘You thought of narration, I have also thought and I tell you something, I wrote something and brought it Am ‘.

Chopra saheb says, ‘After this, as soon as Rahi Masoom Raza said in the first line -‘ I am the time ‘, at that time we decided that despite knowing all the restrictions (that he is a Muslim) when he did so much If written well, they should get the responsibility of writing Mahabharata TV serial.