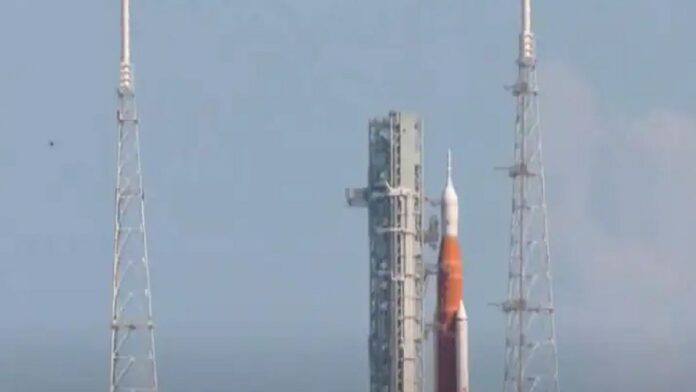 Black Hole Sound: Nasa Heard The Loud Sound Of The Black Hole, Will You Listen?: NASA shared a video on Friday. In that video, the space agency revealed a sonification technique, in which light echoes around black holes are converted into sound waves.

What a black hole is, how it behaves, how it exists, and the nature of its existence—this phenomenon in space has a lot of fascination among researchers as well as space enthusiasts. NASA shared a video last Friday. In that video, the space agency revealed a sonification technique, in which light echoes around black holes are converted into sound waves. This is exactly how the space agency converted light waves into sound waves, to make it easier to understand—how electromagnetic waves behave around black holes.

Sharing this video, NASA writes, “This new sonification turns light echoes from black holes into sound.” It added, “Black holes are notorious for not allowing light (such as radio, visible, and X-rays) to escape from them. But surrounding material can produce intense bursts of electromagnetic radiation. And as they travel outward, these bursts of light can blast clouds of gas and dust into space. Just as the light rays of a car’s headlights are diffused from the fog.”

In the video shared by NASA, a clip can be seen as well as the noise around the black hole! In a post on social media, NASA described the event, writing, “Circular bands of red surrounded by a background of stars. The blue bands highlight the inner and lower parts of the black hole system. During sonification, the cursor moves outward from the center of a circle, as seen in the video. When it passes through the X-ray detected light echoes (shown in the image as blue concentric rings by the Moon and red by Swift), they make a tick-like sound and change in volume to indicate that they have detected X-rays and changes in brightness. .”

The location of the black hole is clear in the video. NASA notes that the system is about 7,800 light-years from Earth and contains a black hole, with a mass five to ten times that of the Sun. Not only that. It also has a companion star. Orbiting it is home to a black hole that absorbs matter from the companion star, NASA said. Here the stellar mass is the disk of the black hole, surrounding the material where it is directed.

NASA also revealed the telescopes used to collect data about electromagnetic wave echoes. The space agency noted, “This sonification translates X-ray data from both Chandra X-rays and SWIFT into sound. The Chandra data is represented by a high-frequency tone to distinguish between the two telescopes’ data, while the Swift data is much lower in comparison.”

In addition to X-rays, the image also contains optical data from a digitized sky survey that shows the stars in the background, NASA said, describing the spectrum of electromagnetic waves recorded in the video. Each star in the optical light triggers a musical note. And the volume and pitch of that note are determined by the star’s brightness, according to NASA.