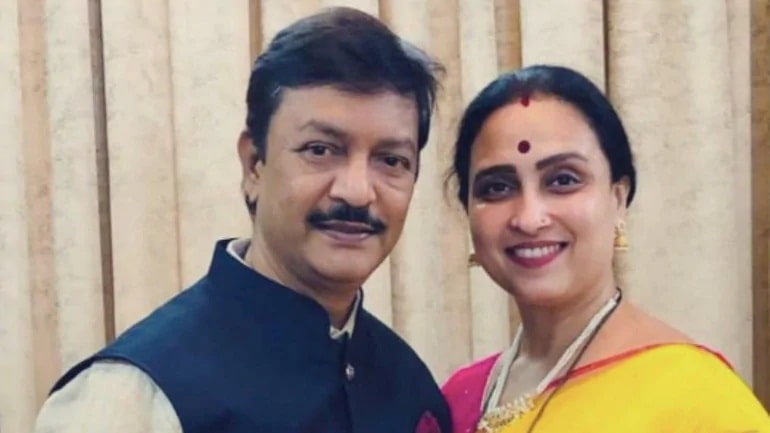 The Anti-Corruption Bureau (ACB) has registered a case of disproportionate assets against BJP’s Maharashtra unit vice-president Chitra Wagh’s husband Kishor. The case dates back to 2016 when Kishor who used to work as a librarian at the Mahatma Gandhi Memorial hospital, was allegedly booked for accepting a bribe of Rs 4 lakh.

Apart from Wagh, the medical superintendent of the hospital Gajanan Bhagat and a private person Sandeep Kamble were also arrested for demanding and accepting bribe. Kishore Wagh was later suspended on July 5, 2016.

An open inquiry was also conducted by the ACB into the assets of Kishor Wagh during his service period from December 1, 2006, to July 5, 2016. This included a detailed investigation into his legal income, investments, deposits, inflows and outflows of accounts, inherited assets, expenses, etc.

The investigation found misappropriation of more than Rs 1 crore in the possession of Kishor Wagh. His wealth was found to be 90 per cent more than his total income. A case was then registered against Kishore Wagh under sections 13 (2) and 13 (1) E of the Prevention of Corruption Act, 1988 on February 12, 2021, in Mumbai on the complaint of Navnath Jagtap, Assistant Commissioner of Police, Bribery Division.

With the filing of disproportionate assets case against Kishor Wagh, the situation of his wife seems to have changed. It is noteworthy that this open inquiry was started when the BJP was in power in the state. Chitra Wagh, who was earlier with the NCP, had quit the party ahead of the state assembly polls in 2019. There were rumours that Wagh was going to join BJP due to this case. She was state NCP’s women’s wing president at that time.

Chitra Wagh has been vocal against state forest minister and Shiv Sena MLA Sanjay Rathod for the last few weeks in the Pooja Chavan case. The Opposition is alleging that Wagh’s husband has been targeted because of political vendetta.

“Chitra Wagh has been vocal against state forest minister and Shiv Sena MLA Sanjay Rathod for last some weeks. Invoking an old case against her husband and filing a fresh case against him is revenge politics. This is highly unfair,” the Leader of Opposition in the Legislative Council said.

How Holi and Eid will prevail amid growing Corona transition, Central government orders strictness to states