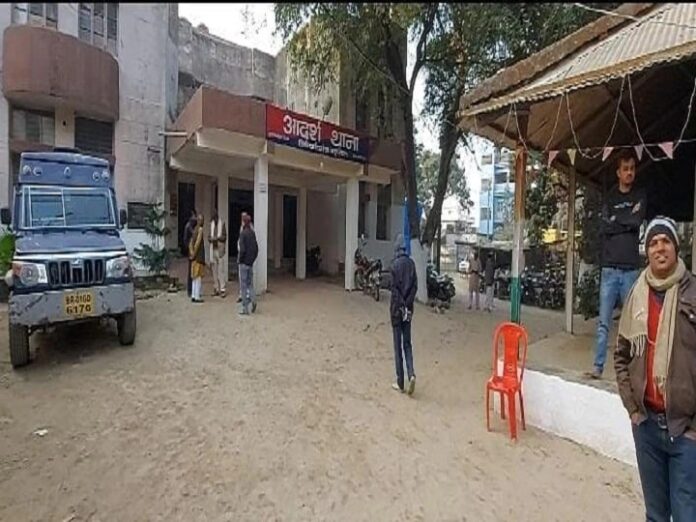 Giving information to the victim ASI Ayodhya Ram, we said that after getting the information, we reached near the petrol pump located at the disputed site, Daparkha, where the people who were disputing were explaining that the construction work cannot be done until the matter is resolved. On hearing this, Balakrishna Yadav, an accused man doing construction work on the disputed land, attacked my head with a stick in the back, in which my head was torn and I was injured.

The attackers also scratched the uniform of another ASI Vinay Kumar Singh. Balakrishna Yadav, an accused in this incident, has also come to the right hand. In this case, the police have arrested two people including accused Balakrishna Yadav and further legal proceedings have been started.

Let us tell that this ground dispute is going on between the Balakrishna Yadav and the local resident Amarendra Yadav, accused of assault for the last three years, on the fight to which the police reached there.