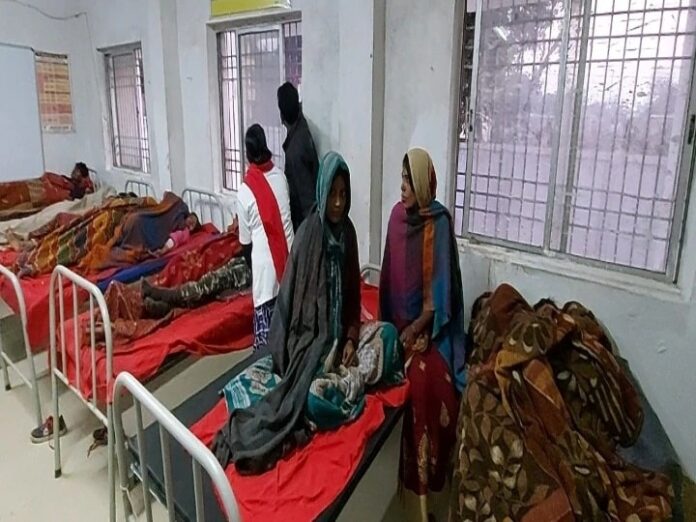 Supaul: A 12-year-old child died of food poisoning in Bihar’s Supaul district on Sunday, while 35 people have fallen ill, who have been admitted to a sub-divisional hospital for treatment. The condition of three-four of the sick people remains critical. Everyone is being offered saline. At the same time, the team of doctors is monitoring everyone. The incident is of Pratappur ward number 1 of Triveniganj police station area of ​​the district.

Death of a child

According to the information received, on Friday, 35 people of the said ward became ill after eating the banquet of Chheka (engagement). Everyone started having diarrhea and vomiting. In this sequence, a 12-year-old child Santosh Kumar has died. While others are illicit. In this regard, local people said that last Friday, banquets were eaten in all the neighborhoods. Everyone started getting sick from Saturday morning.

Sick people are being treated

In such a situation, all were getting treatment from the doctor in the village itself. During this time one child died, after which all the sick people were admitted to Triveniganj Sub-Divisional Hospital. The doctor being treated told that everyone’s health has deteriorated due to food poisoning.