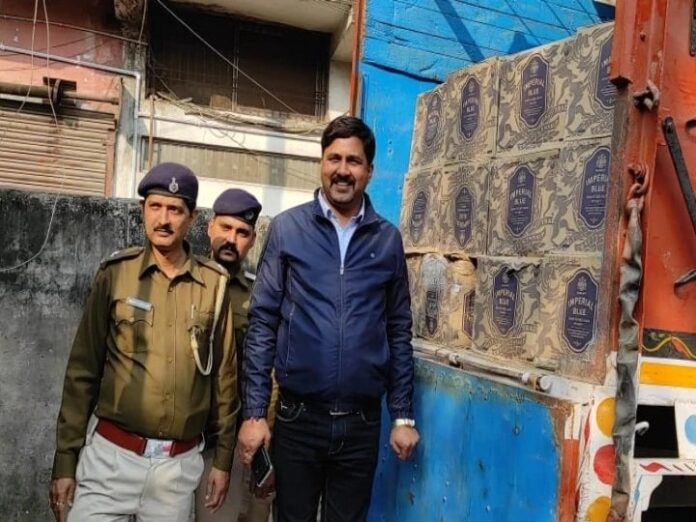 Hajipur: In Bihar these days, liquor smugglers are seen doing business under the garb of the goods of army personnel. The latest case is of Vaishali district, where a team of excise department seized 345 cartoons of English liquor from a truck in Mandedih of Patepur in the district. When the truck driver was interrogated during the initial investigation, the papers he showed showed that the goods of Army soldiers were loaded in the truck.

Truck was coming from Jharkhand

However, when the police searched the truck, a large amount of foreign liquor was recovered from inside the truck. The team of the excise department was surprised to see a large consignment of liquor among the goods of the army personnel. Please tell that the truck coming from Jharkhand Army Cantt had to reach Sitamarhi Army Cantt.

Action based on secret information

Alcohol was hidden among the clothes of army soldiers

He told that the documents shown by the truck driver had written that the army soldiers were loaded in the truck. But when the team searched the truck, a large amount of alcohol was recovered. The market price of alcohol can be around 40 lakhs. Significantly, the consignment of hemp being carried under the cover of BSF goods was recovered in Jandaha in the district. The cost of the recovered hemp was stated in crores.