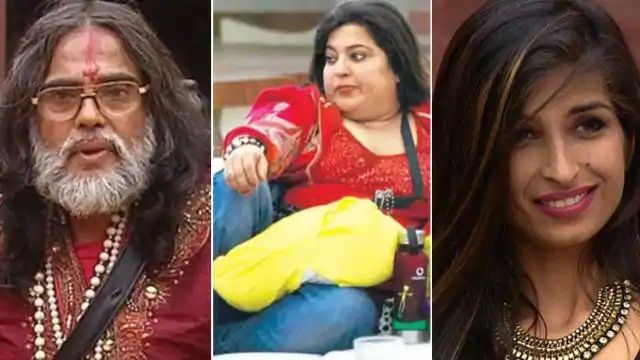 Kamal Rashid Khan, who was a contestant of Bigg Boss Season 3, is one of the most learned contestants. He used foul language when he was on the show. Due to this many times, he also had an argument with Salman Khan. She and Contestant Rohit Verma’s fight in the show was in the news when KRK threw the bottle on Rohit and she got engaged to Shamita.

Dolly Bindra has been the most controversial contestant of Bigg Boss season 4. During the show, Dolly had a lot of fight with Manoj Tiwari and Shweta Tiwari. Dolly used to fight the contestants on every little thing.

Imam Siddiqui, who was a contestant of Bigg Boss season 6, always fought with the rest of the contestants. Not only this, he used to comment on even Salman Khan.

Priyanka Jagga used to fight everyone in Bigg Boss 10. The other housemates were so upset that they had already shown Priyanka an exit in the elimination round. Although she later had a wild card entry, she still upset everyone.

At the same season, Swami Om also disturbed everyone. Swami threw a contestant to Urin after which he was removed from the show.

The most controversial contestant of Bigg Boss 11 was Zubeer Khan. Jubera had troubled everyone from the very first day. He often spoke in wrong language to female contestants. He was kicked out of the show because of his antics.